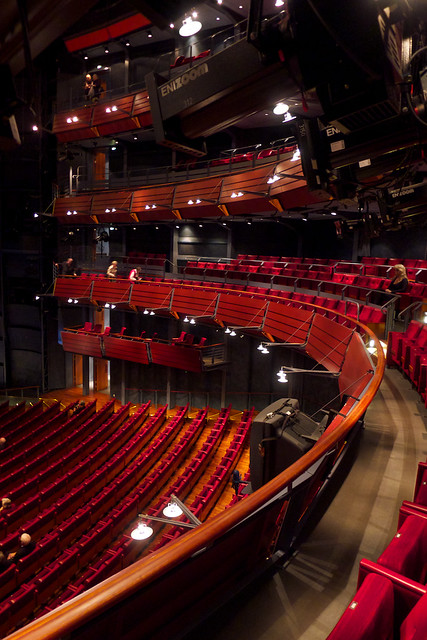 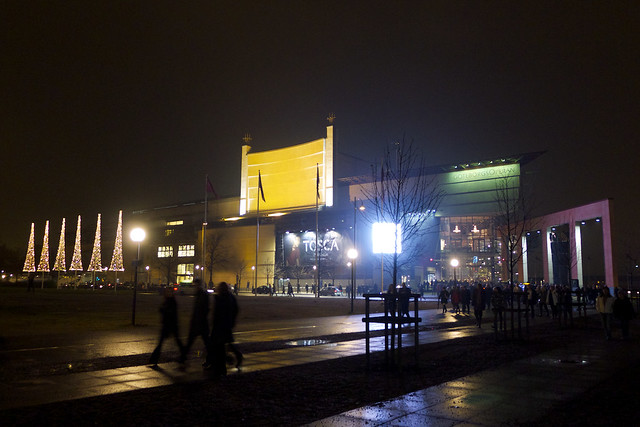 Whaaaaaat? I went back to Göteborg instead of visiting a new city?

It was also the occasion to visit the smaller or less important places that I didn’t have the time to visit the first time. And also the chance to see Tosca for real.

I took my bike and I met the other people from the (big) group at the station early in the morning. As it was already late in the year (mid-November) it was dark. And very humid because we are talking about Denmark here!

When we arrived in Frederikshavn, it was still dark but this time it was way easier for me to know where to go. We then took the already-well-know-lengthy-footbridge to the ferry entrance. It is especially very lengthy early in the morning. And the atmosphere was a bit shady.

On the boat, it was time for a nap and for the coffee with free refill! I really like that. Getting a hot coffee and going outside in the cold. 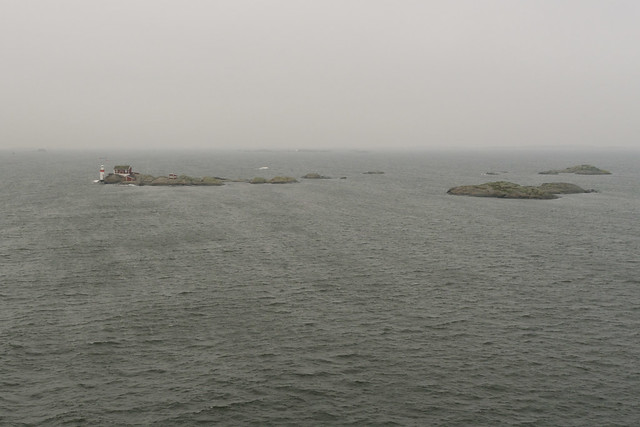 I wasn’t the one who booked the accommodation and I took the place of someone who cancelled. This time I was staying on Stigbergsliden, which is nearly on the waterfront. And there is a tram station close to it!

After dropping our bags (and staying for a while with some people someone from the group knew) we finally went back outside.

We walked towards the center, stopping at Oscar Frederik Church. 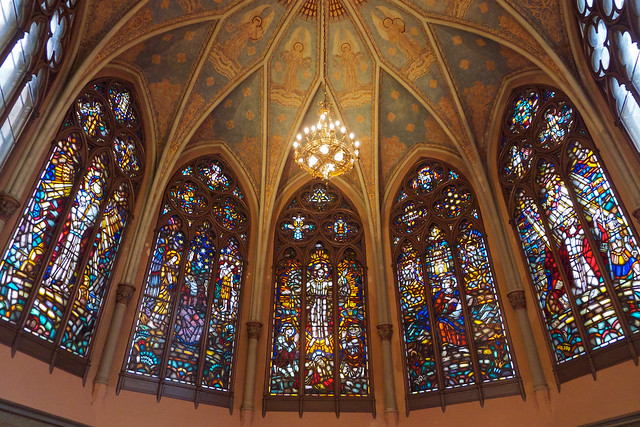 We also stopped at the Natural History Museum (Naturhistorika museet). The group went mad at me because I was interesting by what was there (i.e. spending way too much time inside) :(

Going down from the hill (the museum is on a hill and quite close to where I stayed the first time) we walked to Haga. Haga was a working class suburb before becoming hype. Some roads are paved in Haga which make them quite slippy when it is raining. 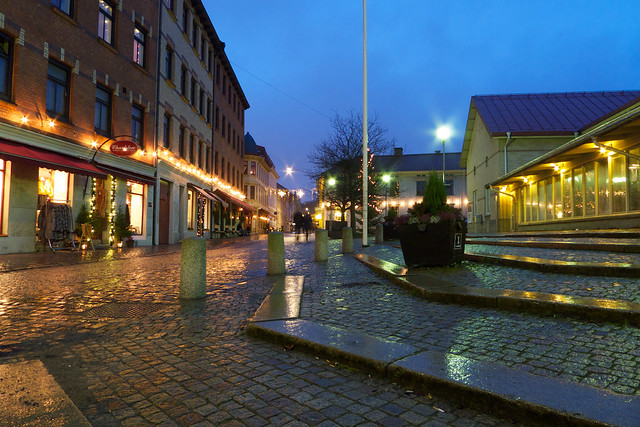 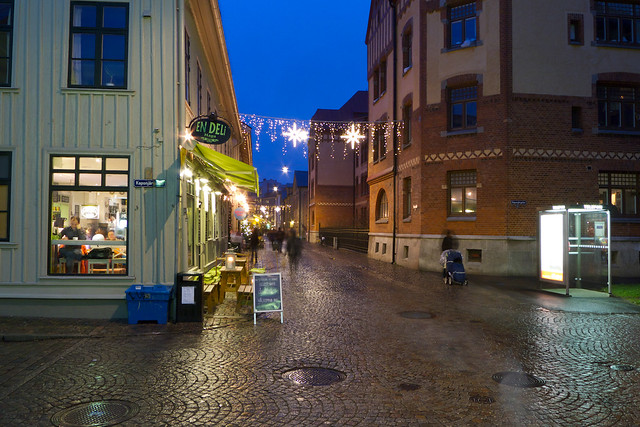 When we arrived to Kungsportsavenyen, it was already the time for me to leave the group and go the opera house (Göteborgs Operan, the opera house of Göteborg) to see Tosca. More about it in a next post. 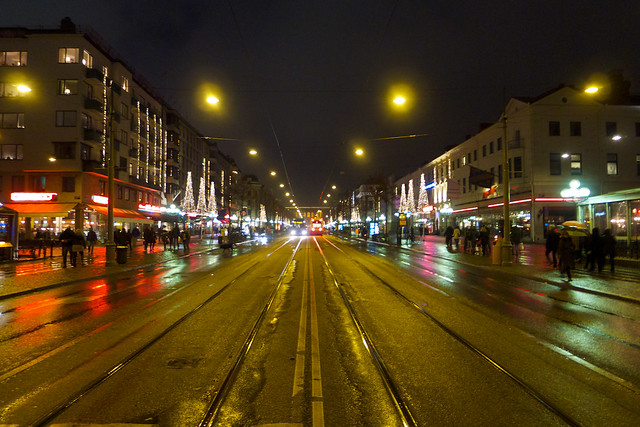 When I left the opera house, people from the group were already on their way back to the accommodation. Hence, I had the unique chance of eating at Kungsportsavenyen Burger King.

On the next (and last) day of our trip, it took ages to wait for all the people and then decide what to do. Then finally decided to go the center again, going through Haga once more. And it was sunny! 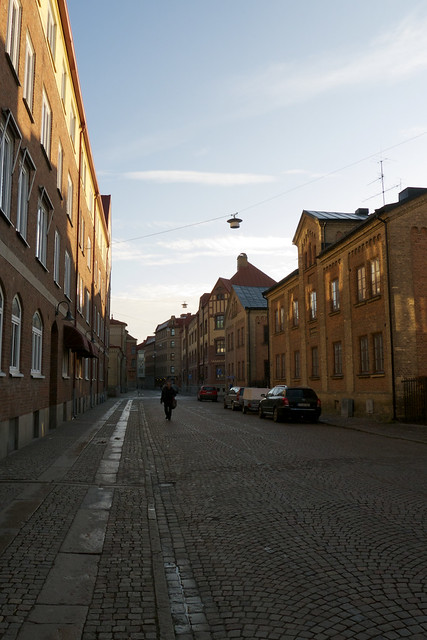 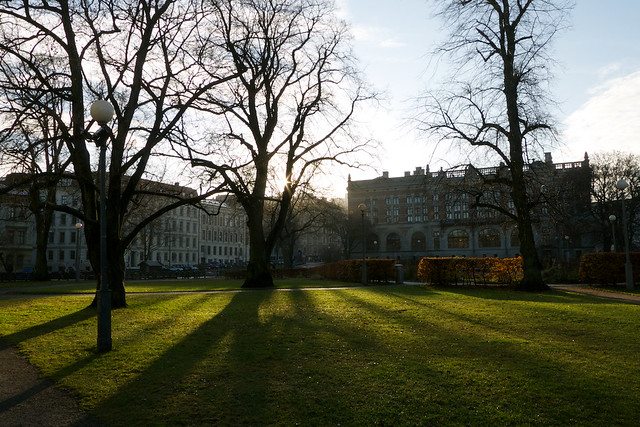 We visited another church where people where rehearsing but they let me sneak inside and take pictures while rehearsing. 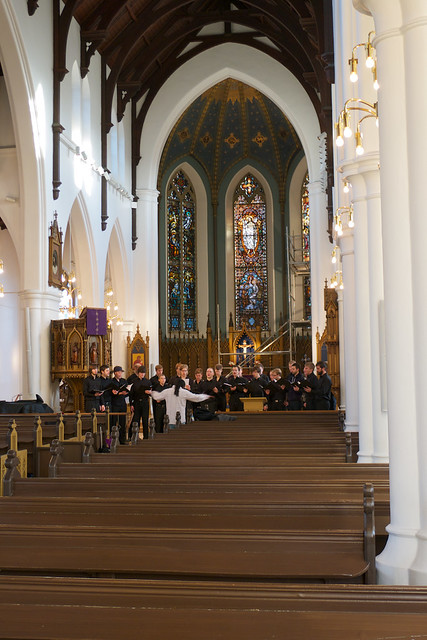 The group headed to the water where we saw the Feskekörka (the fish church). From there, I decided to visit by myself for the end of the day. The deal was to be on time at the accommodation at 4:30 pm. 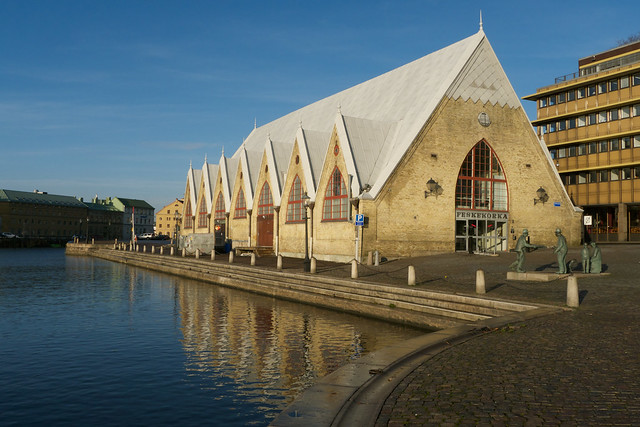 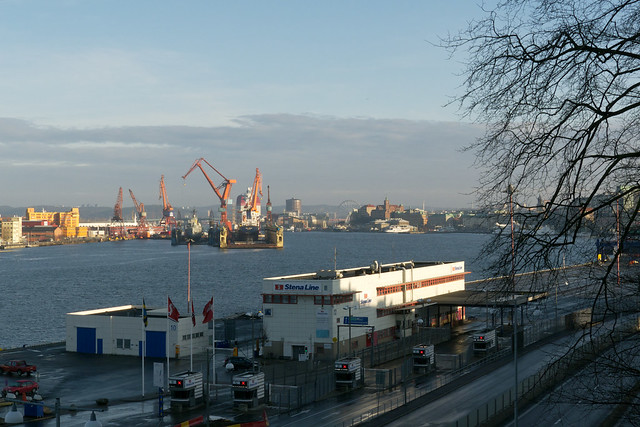 Because I forgot about taking my extra camera card, I went back to the accommodation taking the tram (I love these things) and then took another tram heading to the center (farther than when I took it the first time). From there, I walked to the train station before heading to the opera (again). 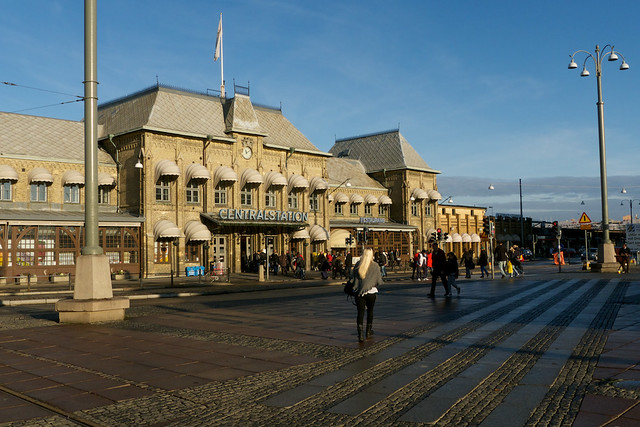 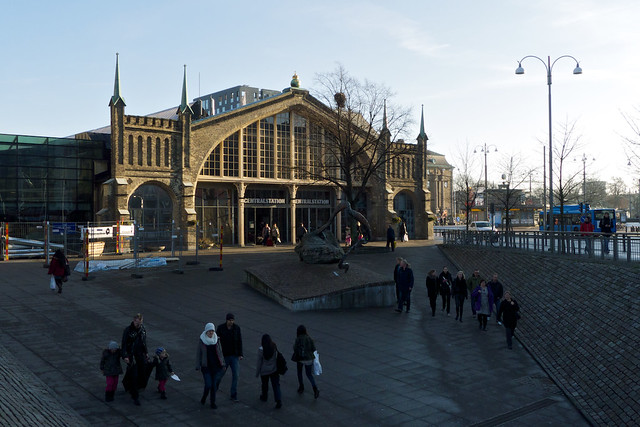 I then walked down Nordstaden visiting the small streets around. I did a stop at Göteborg Domkyrkan (Göteborg Cathedral) where I arrived after the service. Everyone was having coffee and crackers (and they put some weird cheese-in-a-tube on them). I talked with the pastor who was speaking French because she lived in Paris for a few years. 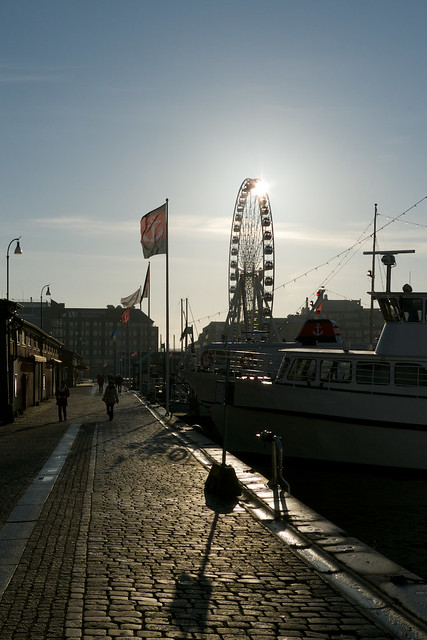 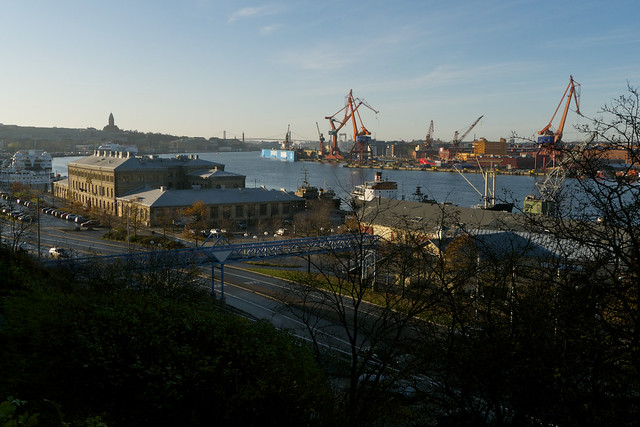 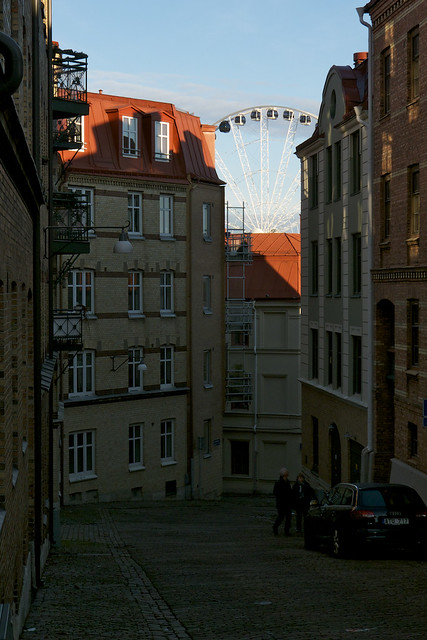 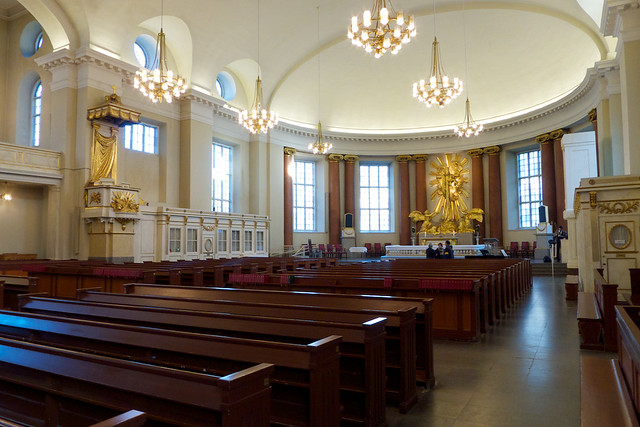 Because it was sunny outside and clear, I went back to the Skansen Kronan short but large building on top of a hill. From there, the view on the city & the harbour is outstanding! 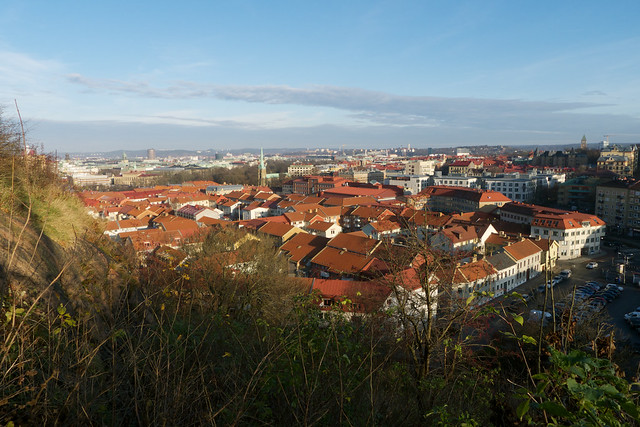 From there, I walked to Lisberg. Lisberg is an amusement park, converted to a Christmas during the winter period. Like any Christmas market, lots of things to buy… mostly food! It is really fun because all the attractions are stopped and some ‘scary’ attractions are decorated in the Christmas mood! 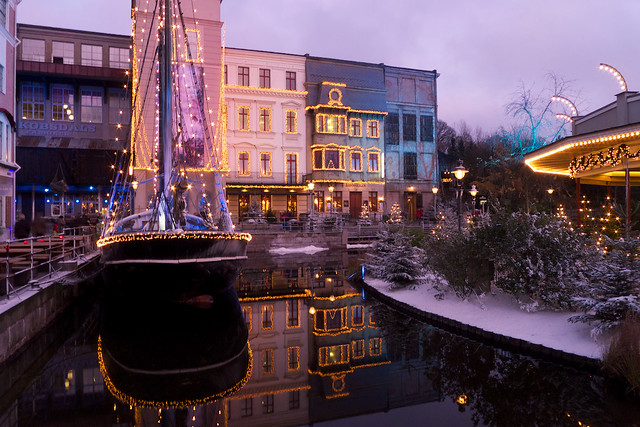 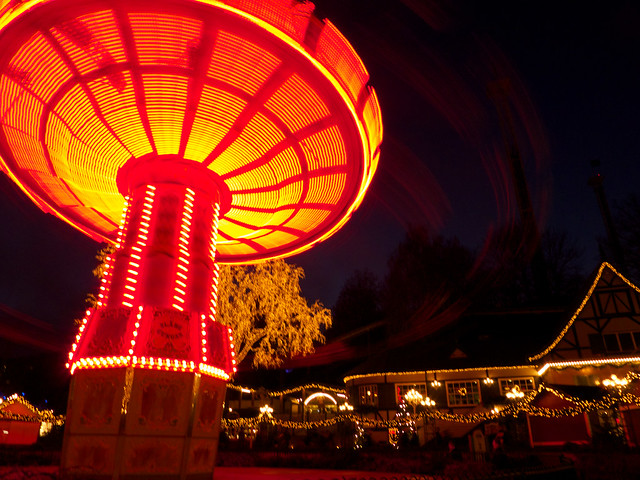 I bought some reindeer dry meat, some mustard, some herring preparations and some Finish candies. 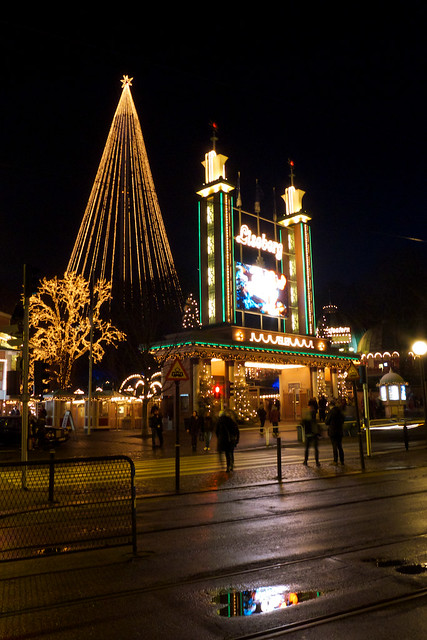 I arrived on time at the accommodation by taking the tram.

On the boat back to Denmark, it get really misty outside but it was still fun to go outside in the wind. I managed to take my last pictures of Göteborg so far. 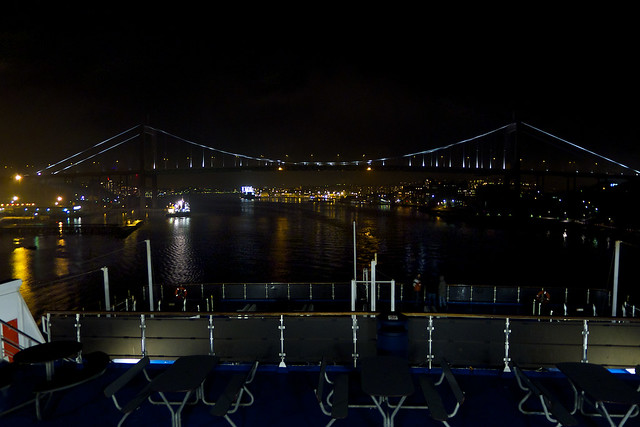 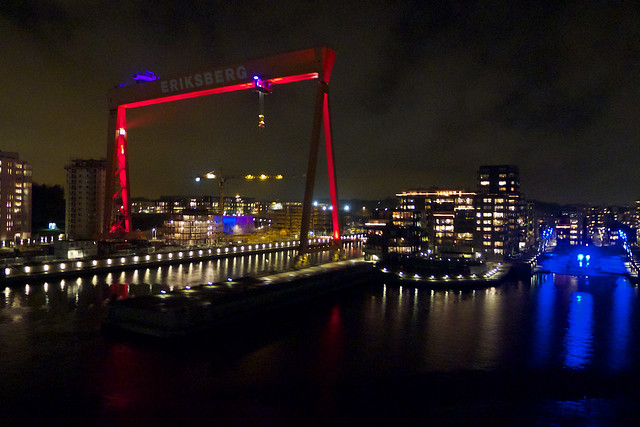 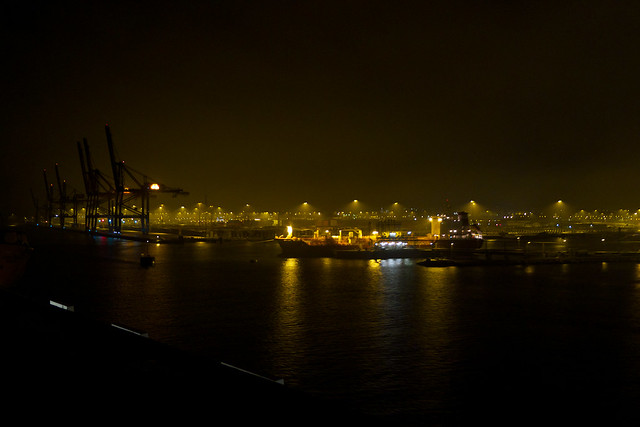 When we arrived in Frederikshavn, while waiting for the train, I went to take some pictures of a boat being repaired in the harbour. It was still misty and with the pale lights the atmosphere was shady. 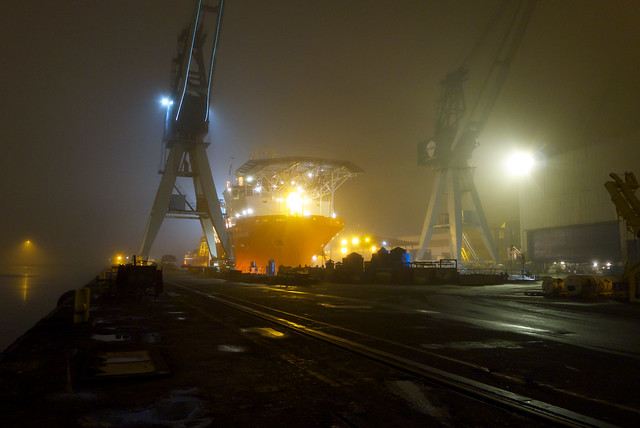 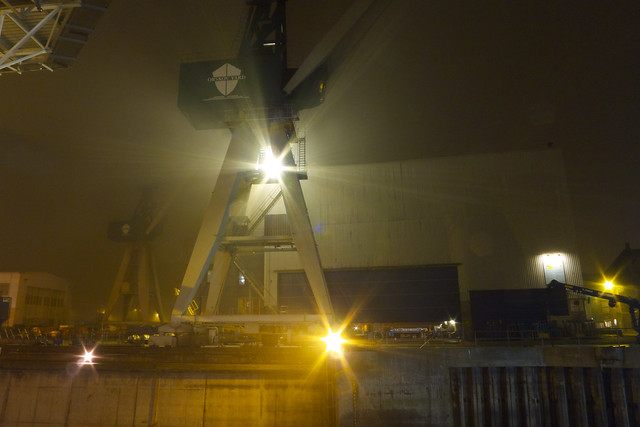 P.S: if you read or just watch the pictures until there, you might have noticed that the post is 6 months late. No worries, there are more posts to come.