The boat race is an event which is held every year. It takes place on the univ. main pond.

A few teams were present. Four exactly. People around the pound were expecting more teams but I guess the pond was somuddy the pond that it refrained some of doing that race…

Anyway. It was a very bright and surprising Danishly-hot sunny day. One of the last of the summer. The first sunny day of my stay here. Apparently, they had a very shitty summer here this year. I mean, worse than usual.

The first team to put a boat on the pond put a big floating-barbecue* craft. I mean, something HUGE. It also included two couches. The others crafts were way much smaller. There was even something that wasn’t even really a craft but a big piece of ’floating’ plastic. One craft had even a diver to push them faster than what they’d’ve done while just paddling. The diver also pulled the boat when it wasn’t really deep too. One other craft was so close to the water that they finally capsized.

See below for pictures of the crafts!

It was a lot of fun. There was a guy speaking in Danish, saying propably a lot of funny things. Everyone was laughing, so I guess I’m kind of right while saying that. The only thing I ‘got’ was the countdown. Fair.

The principle of the race is simple (did you expect much more of it though?). Two crafts have to reach (by any way they want apparently) the other side of the pond where they have to pick up two empty beer barrels and bring them back to the starting line. And just before getting the barrels, there is a mandatory beer-drinking stop. But there is no price at the end. Just the fun of doing it.

And now some pictures… 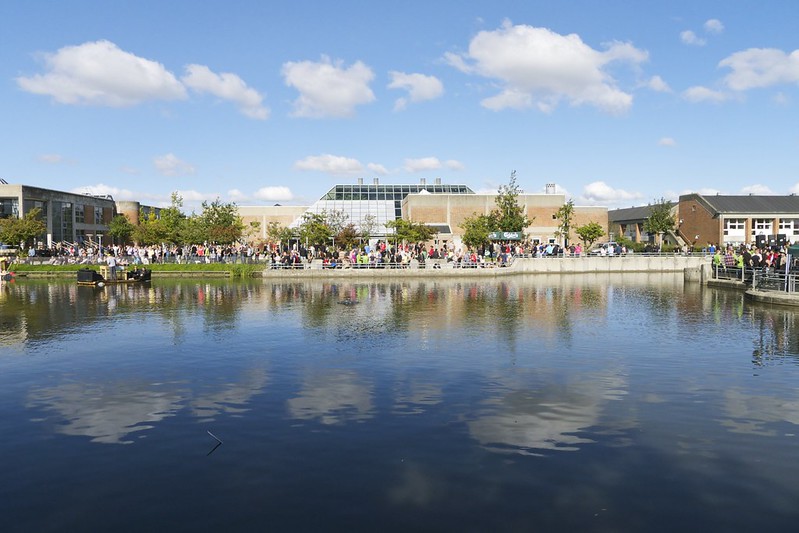 —Wow! What a weather! 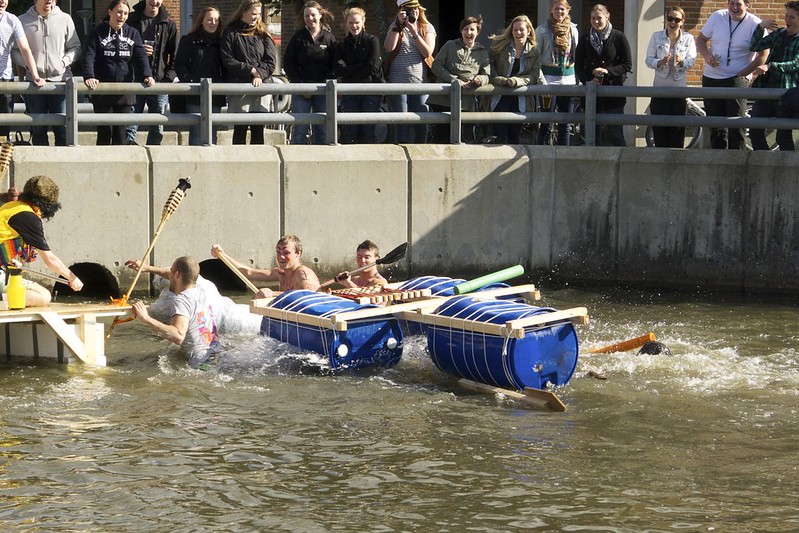 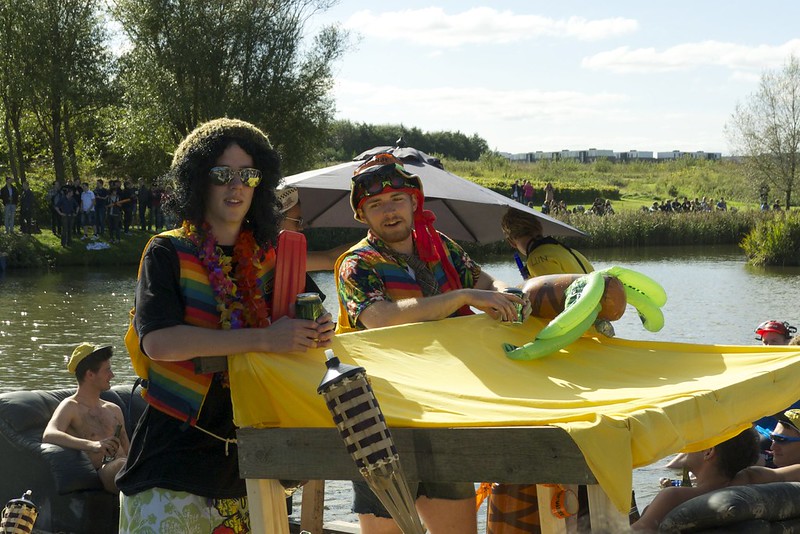 —some of the contestants 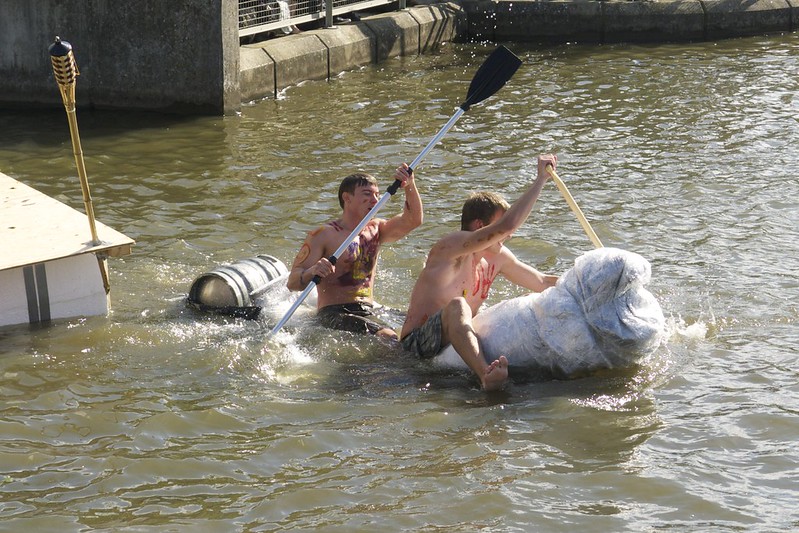 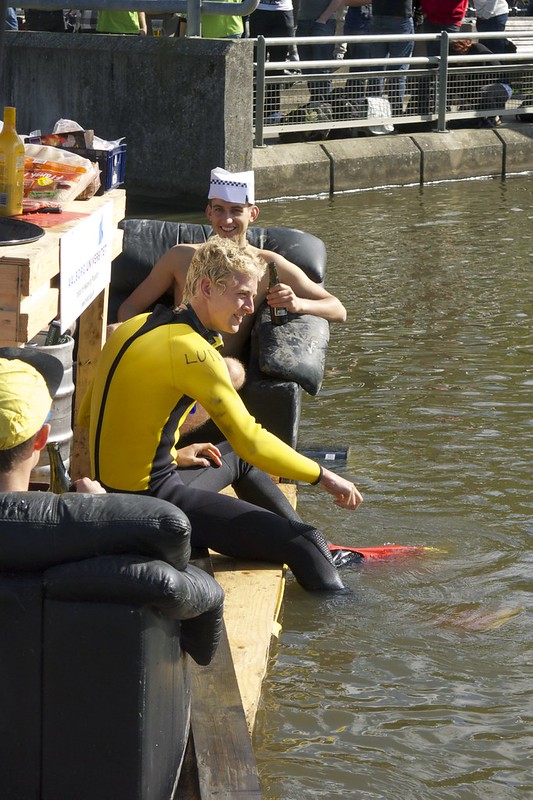 —The craft and the diver from another team 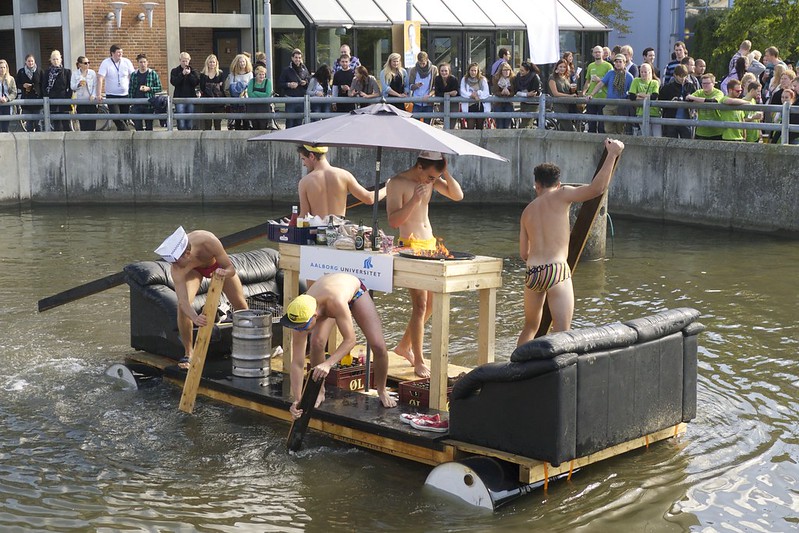 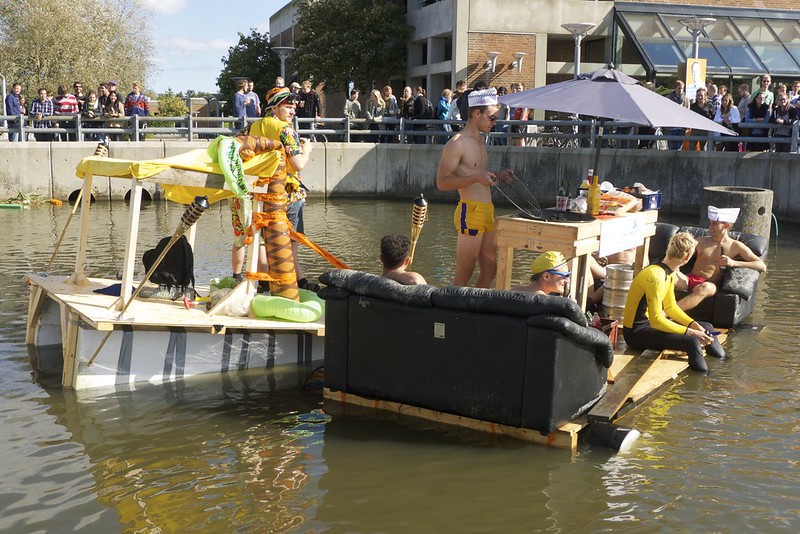