Departure for the Viazul station at 7 am to get the ticket. The departure is almost on time.

One stop at Guantanamo (GTMO) bus station. After leaving the town, on the right side, there is the road that goes to the US Naval Base.

The road is a good 1 hour of turns, with large valleys looking very tropical.

In the mountains, the bus stops as a break for the driver, then starts again. Less than 1 km later, the EON bus is broken and we take some passengers to Baracoa. 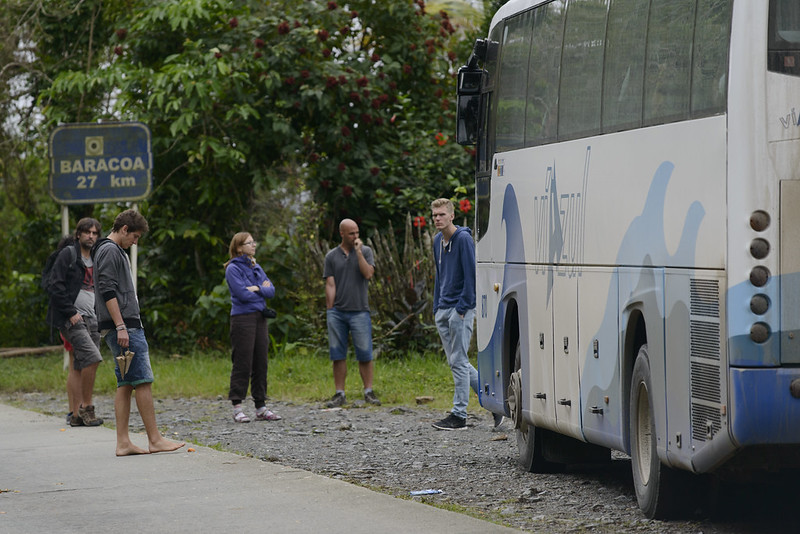 Arriving in Baracoa under a grey but dry weather. The city looks empty and there is almost no cars. 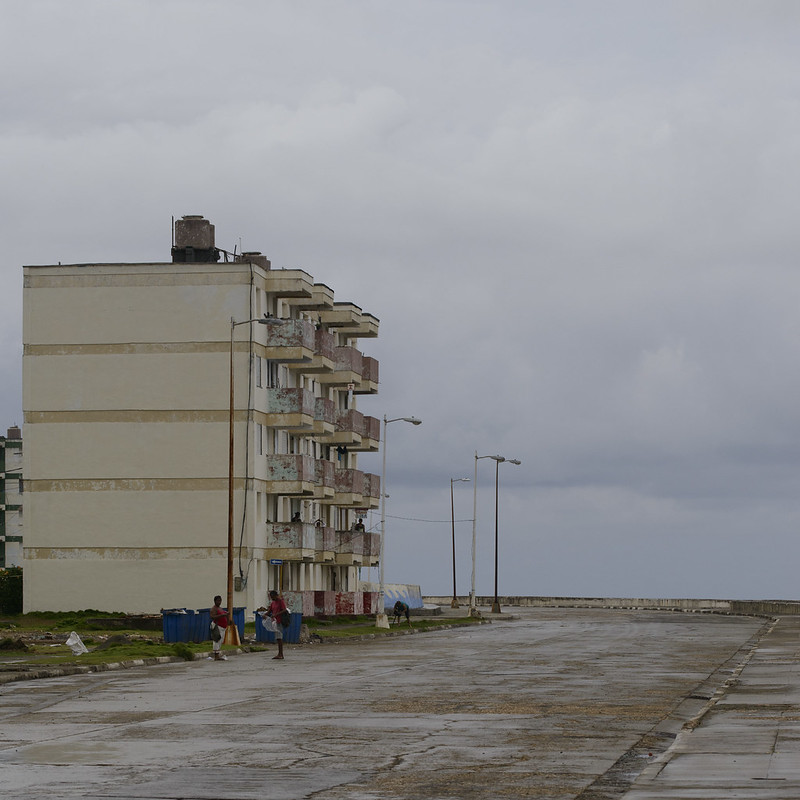 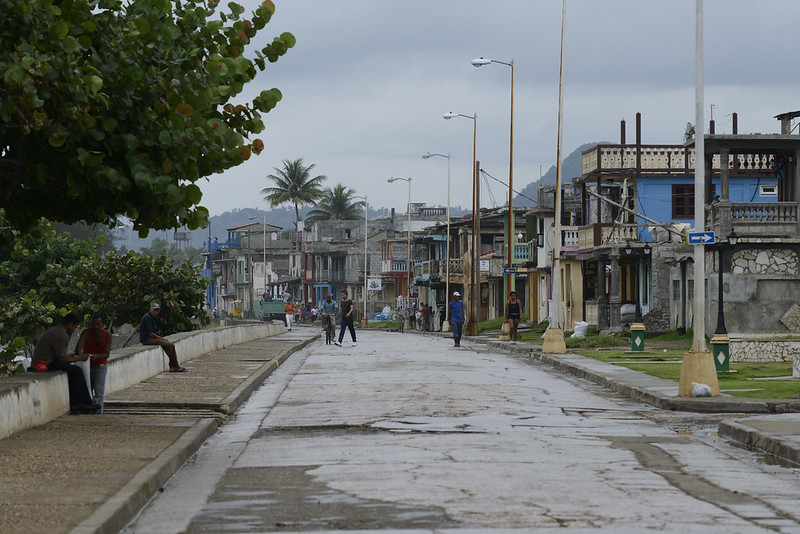 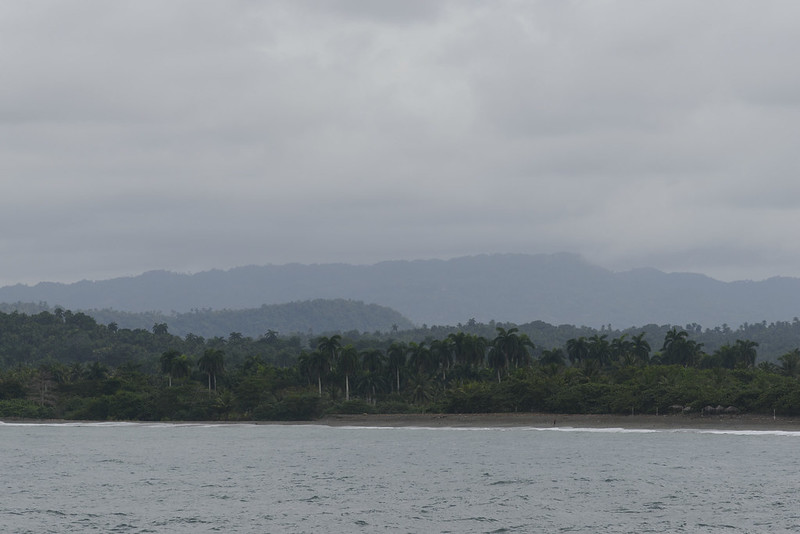 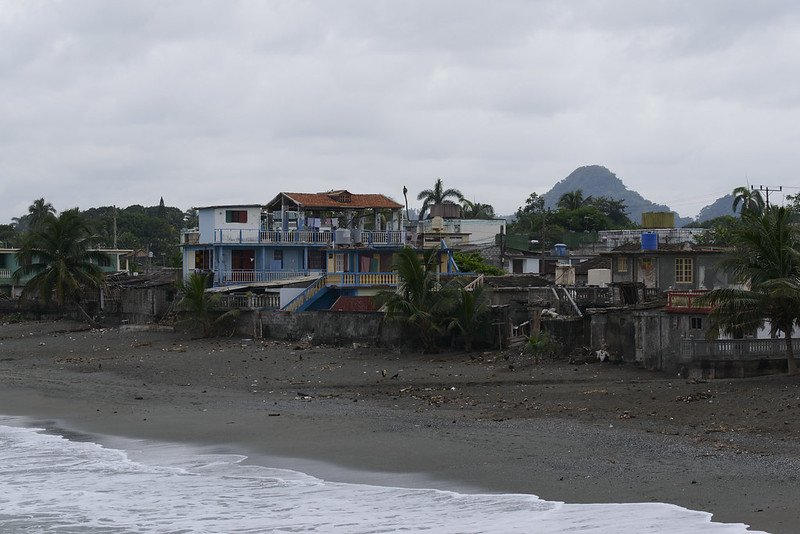 There is a few museums to visit such as The Matachin museum, which is located in a fort the Spanish built to protect the city and the cathedral. There are a few more, but as the weather is expected to be worst tomorrow, this is a leftover just in case. 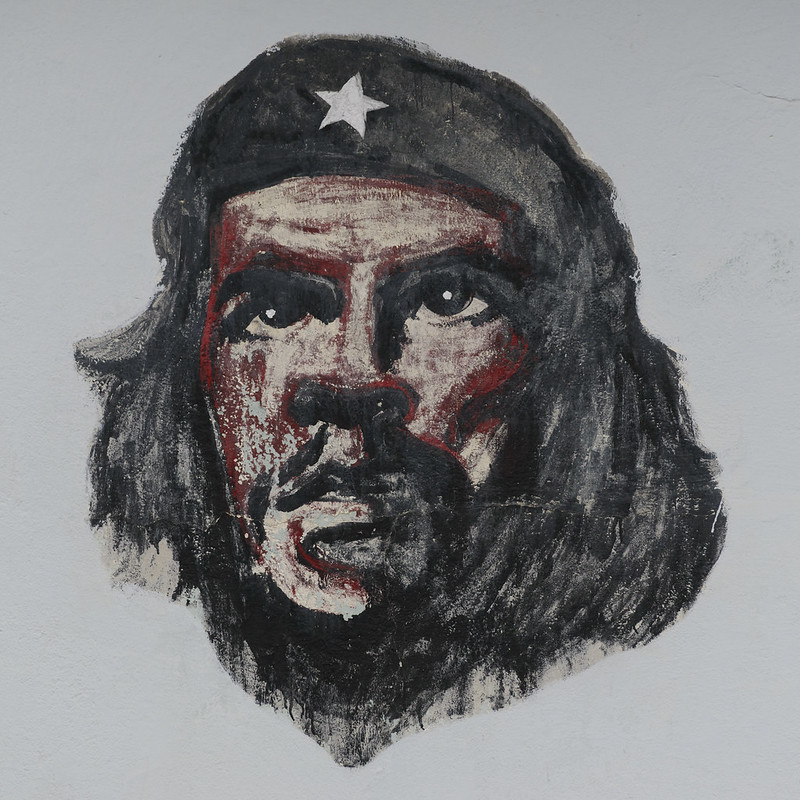 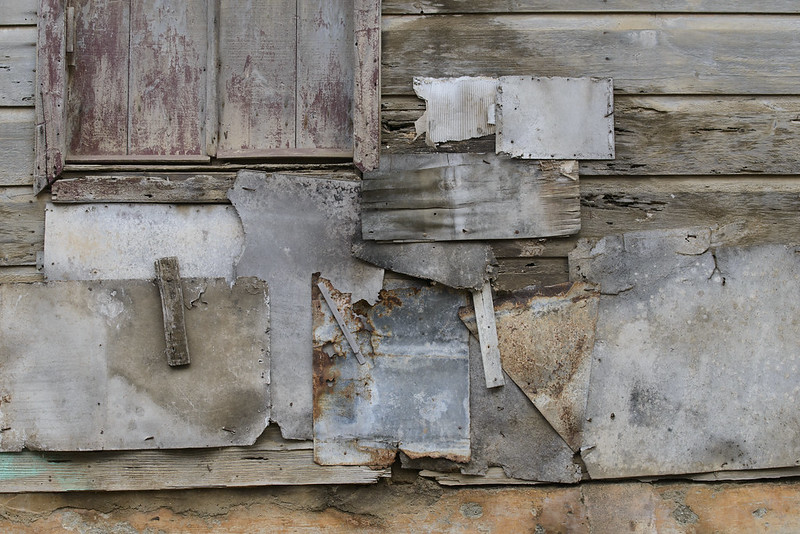 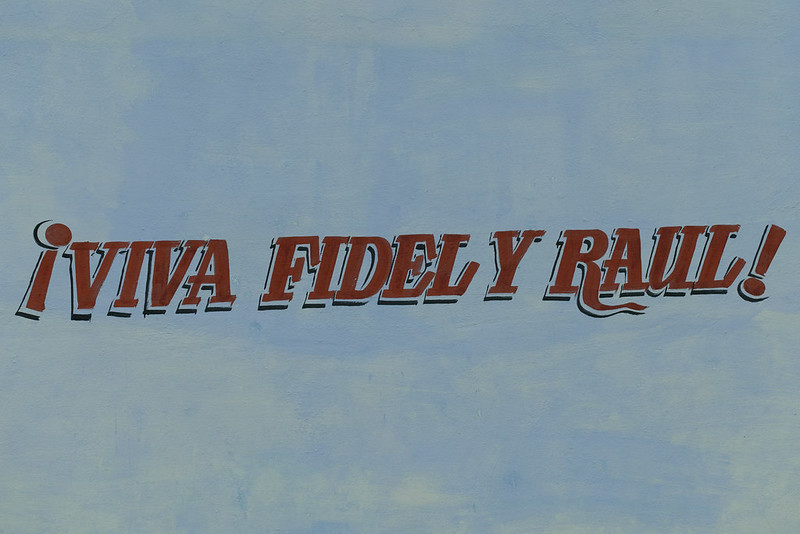 The weather is getting better around 8 am and by 10 there is a blue sky everywhere. 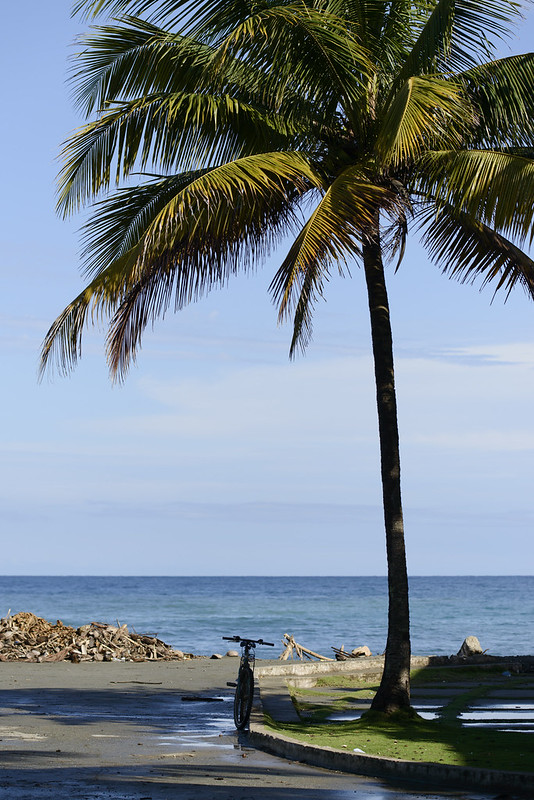 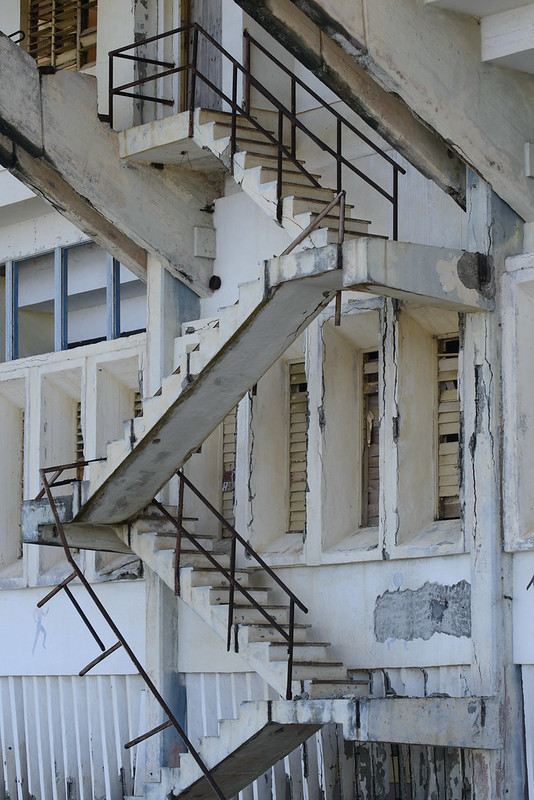 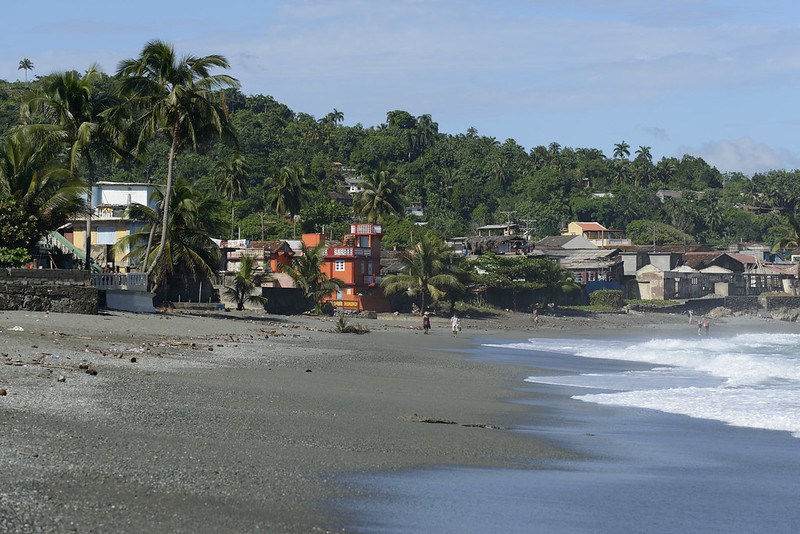 Following the Malecón of Baracoa, there is the stadium of baseball and then the playa del miel. It is a black sand beach. At the end, is the rio miel. At high tide, the path crosses water! 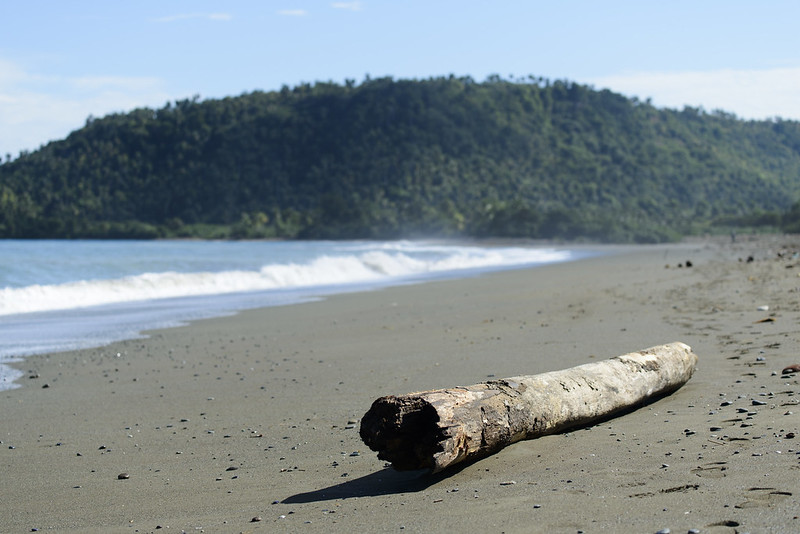 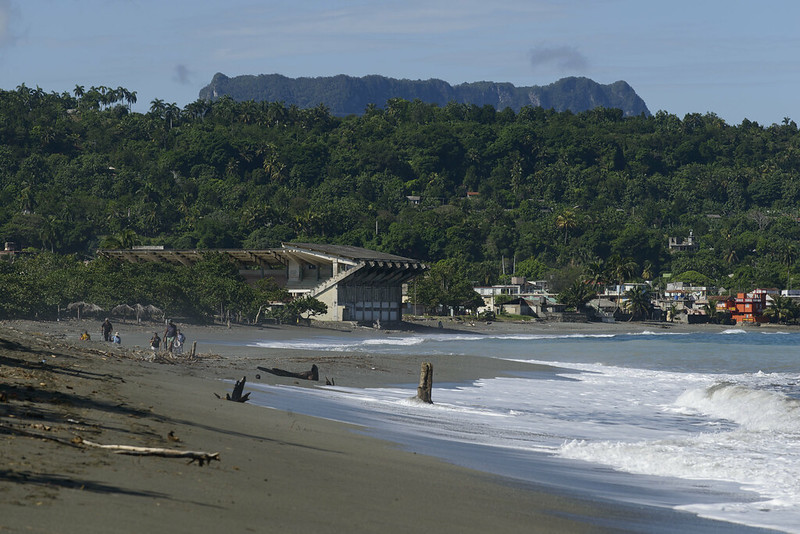 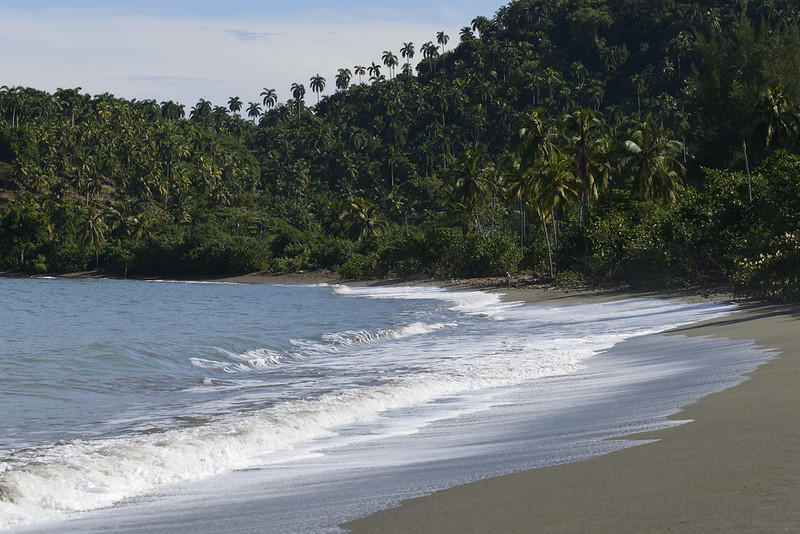 To cross the rio miel, there is a small bridge made of wood and a couple of boats as well. 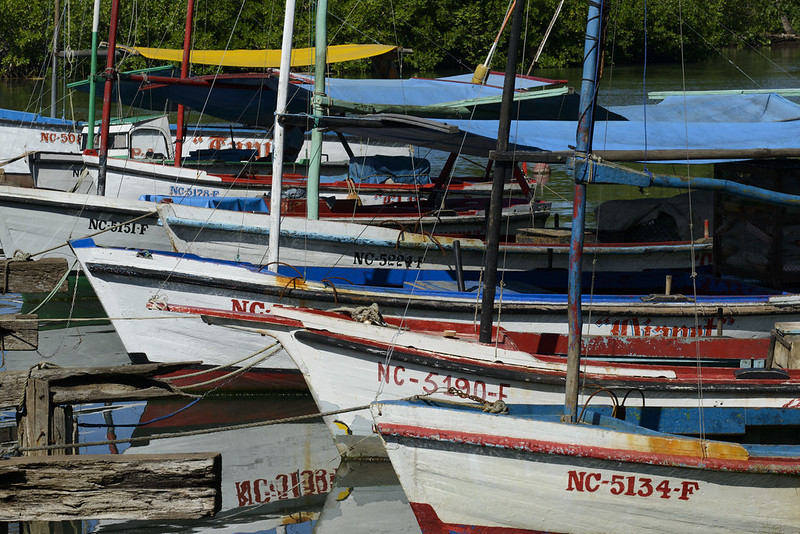 The area is part of a national park. Entry is 3 CUC for The mirador. There is no need to pay for the access to the playa blanca as the sea is too agitated to swim. The beach is not interesting though.

The mirador is about 160 meter high, but the hike is rather easy. From there, the view on the bay of Baracoa is very nice. There is also the Yunke in the background, which is the highest point around here. 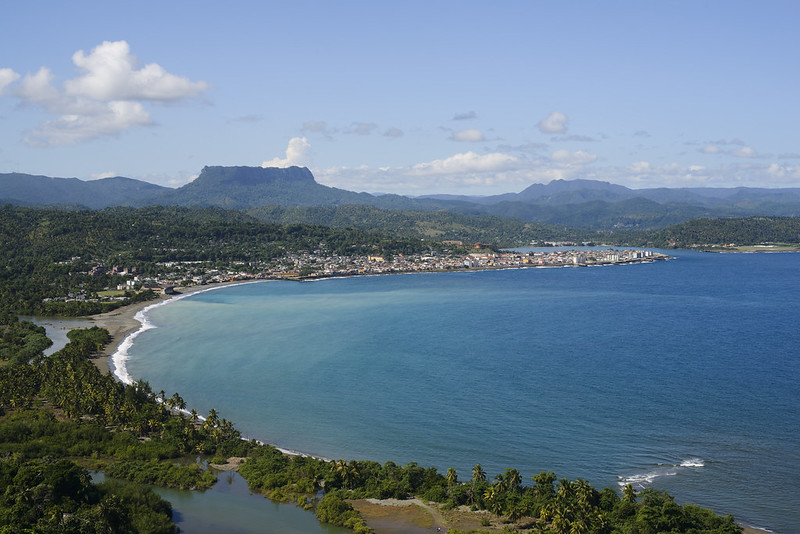 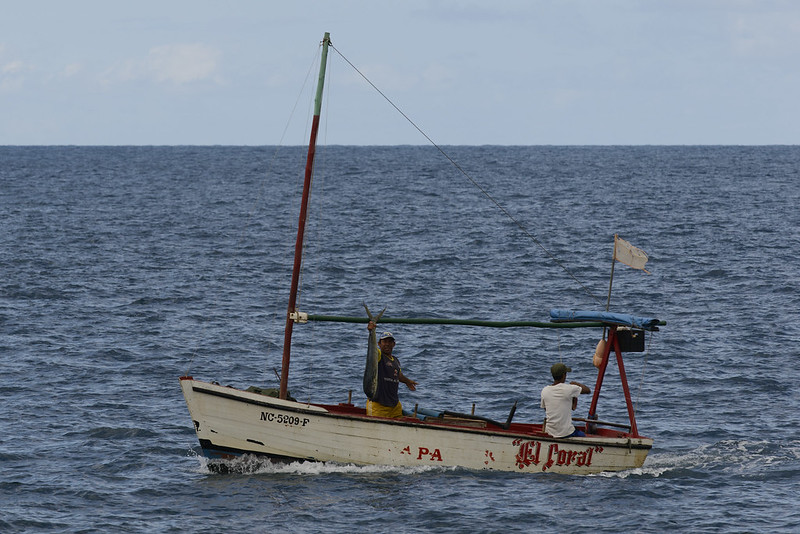 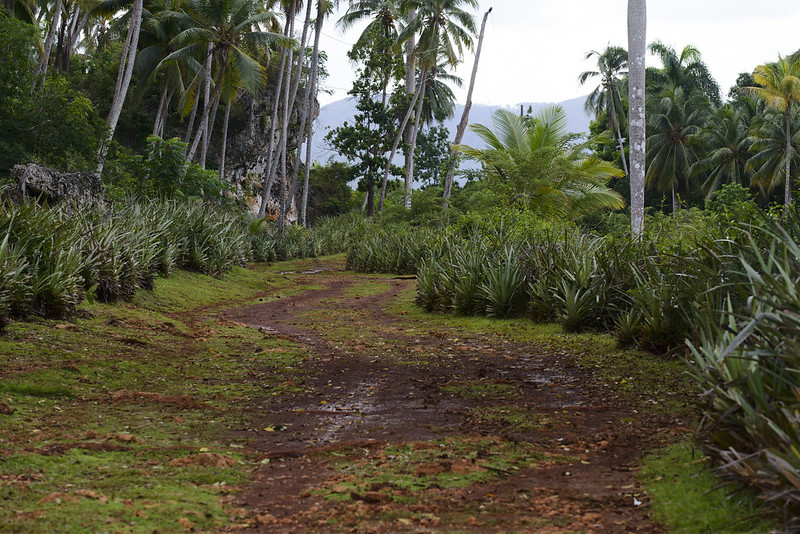 A quick drizzle over the beach on the way back. 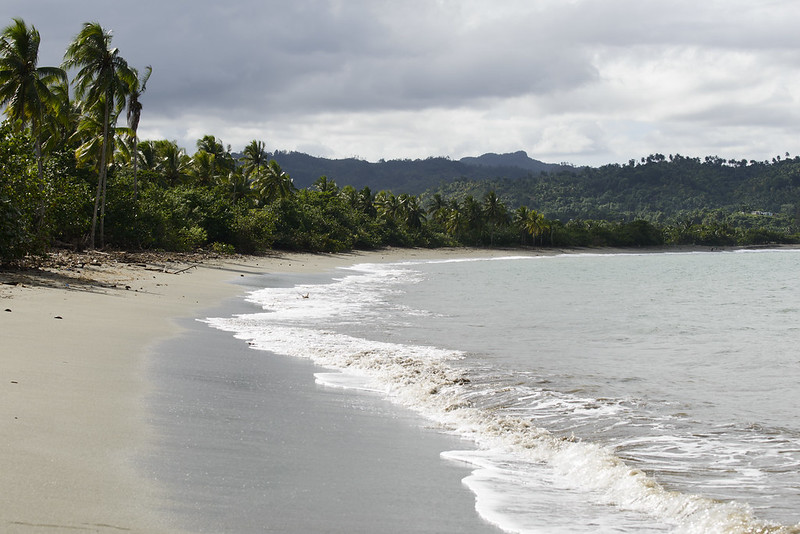 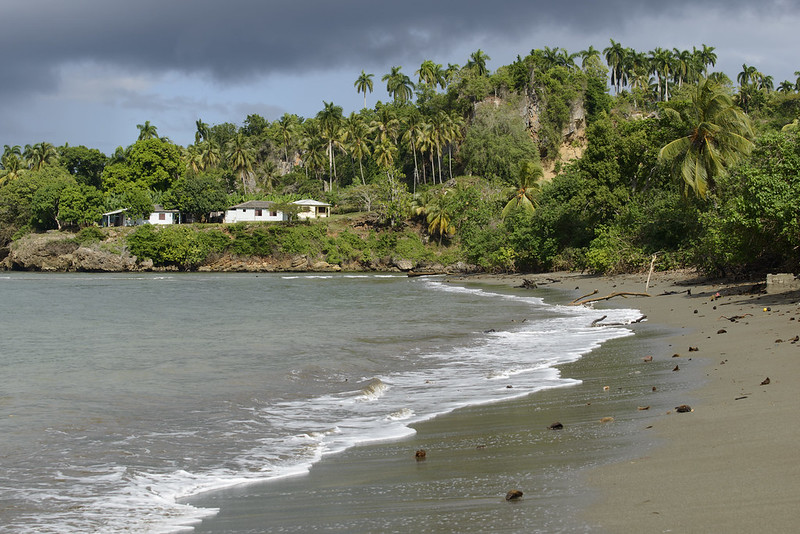 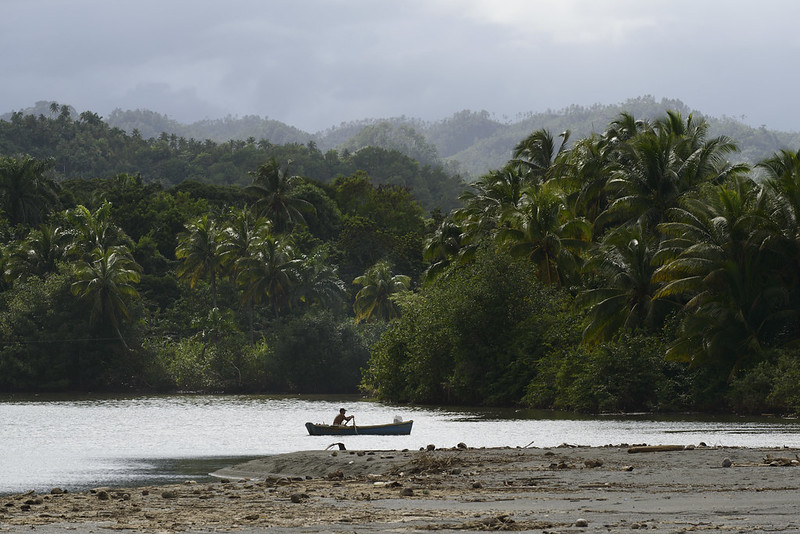 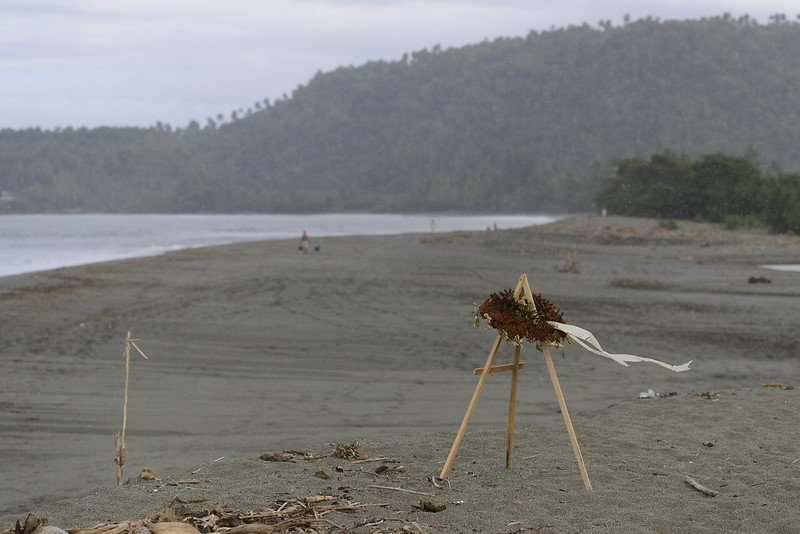 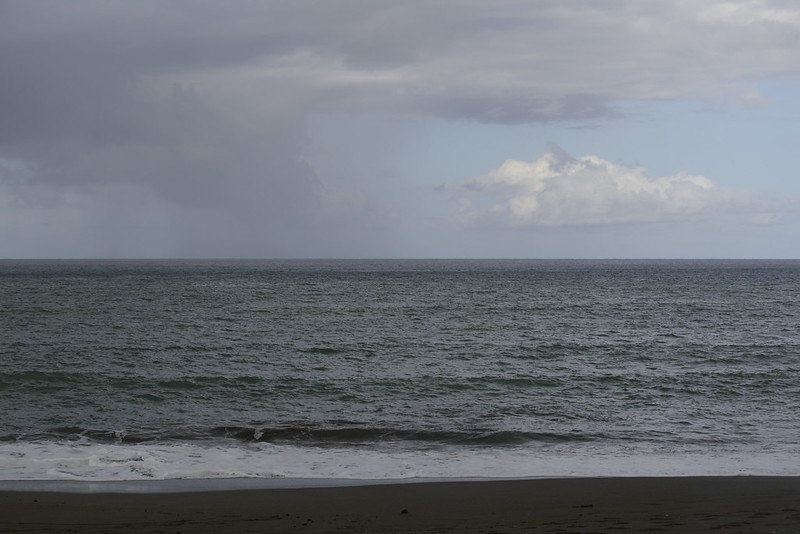 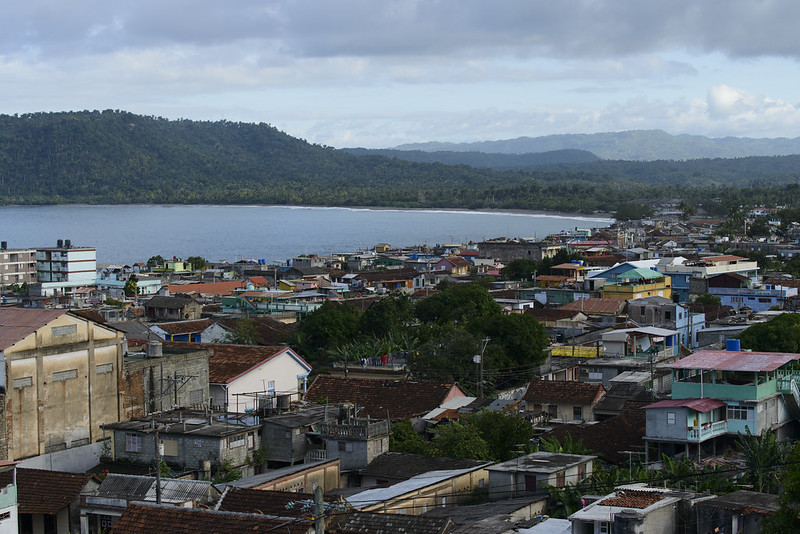 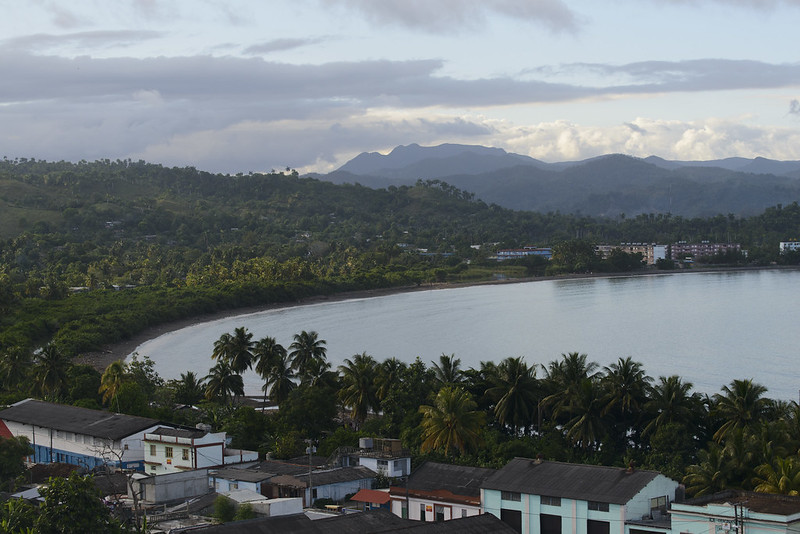 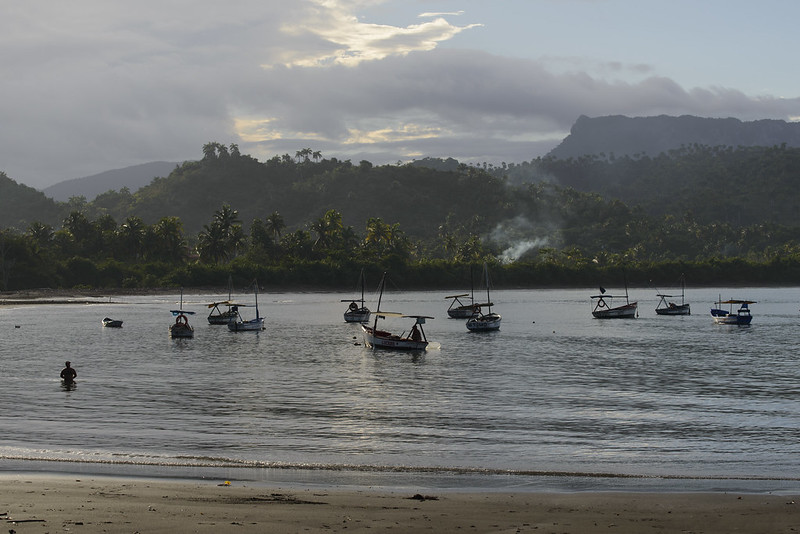 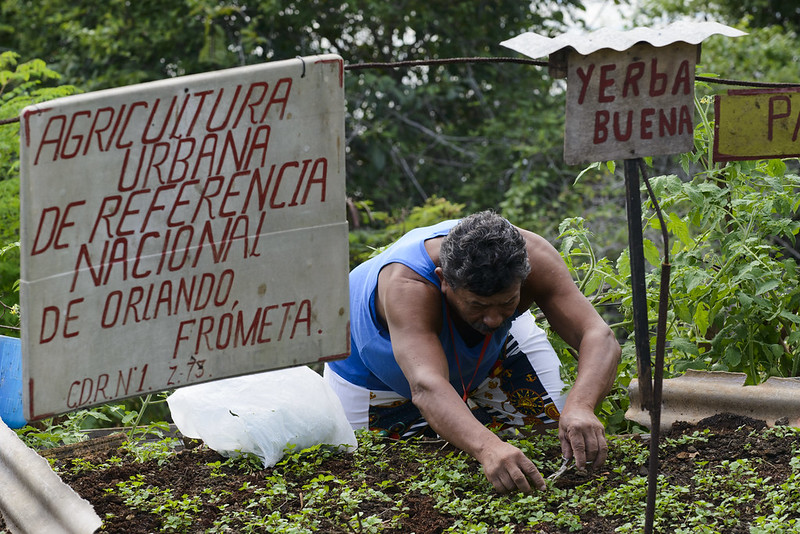 A walk back on the Malecón to go home, passing in front of buildings just a few stories high. Everything looks desert and poor here. 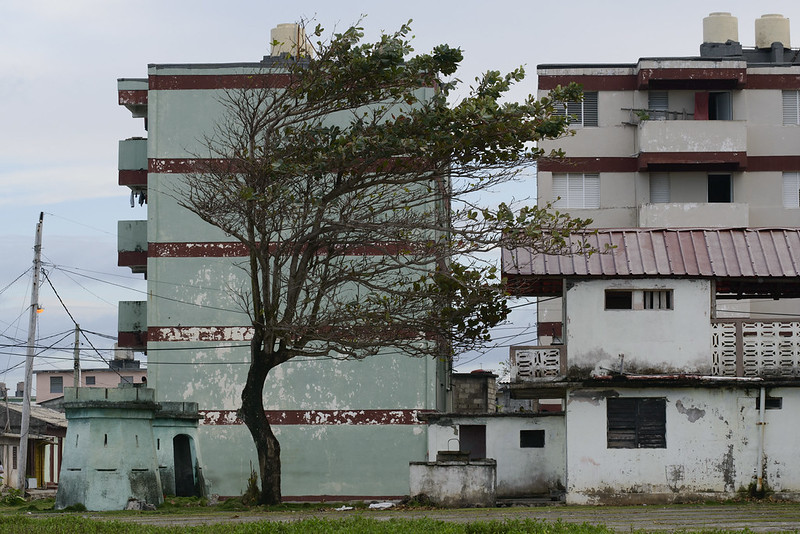 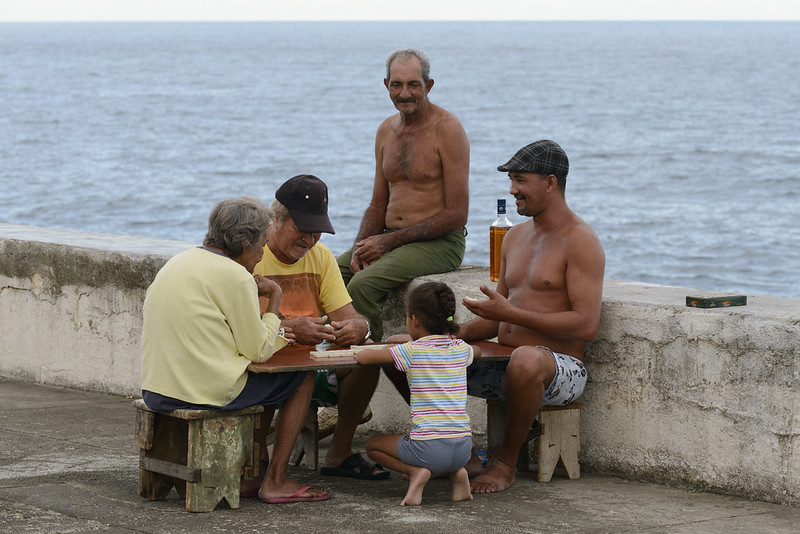 Just nearby the casa, is a group of people preparing a fire to cook a pork just outside their building. 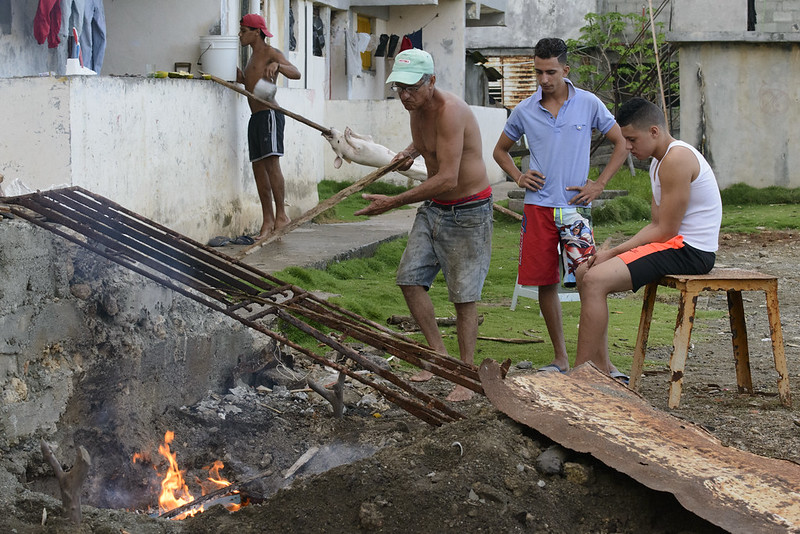