Find the place I was going to stay very easily. Did the check-in quickly, asked to be upgraded too. There was a basket with a paper about Swedish cookies. Sadly … Once I had dropped all my stuff in the room, and as I did not have any Swedish kronas, I headed to the Göteborg tourist information office. Asked for what to do there in two days: they handed me a map with 10 important places to see. Did the visit starting by #10, going to #1 at the end.

The main part of Göteborg is on an island and most of the important places to see where there, but also on the part behind it, closer to the Göta älv.

There is a lot of activity in Göteborg, much much more than there is in Aalborg. Ok, there are more people in Sweden and Göteborg is the 2nd city in the country (Aalborg is the 4th). Every time I was there, there was people around.

Public transportation is mostly made by trams, with very important streets dedicated to the trams!

Saw the first City Hall (now they have moved to a bigger building, on a nice place), along some old buildings. These are now shops or just closed.

There are some really old buildings, and then… a brand new building. Sometimes it looks nice, sometimes the building is just horrible.

Went to the Opera to book for West Side Story. Arrived just after the opening of the ticket office. Queued for about 20 minutes. I was number 21. Had lunch in the center, in the covered market. Time to have some nice, fresh salmon! After lunch, headed to the Universeum. The Universeum is a really nice place about both science and nature and with experiments. 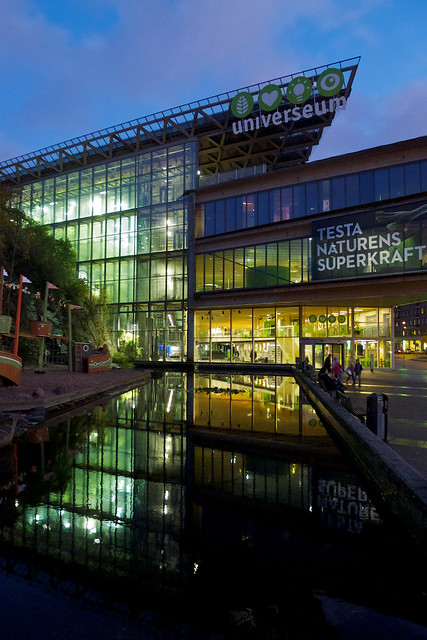 They have a really huge greenhouse where animals are free to move around. There were monkeys but did not have the chance to encounter them. Also, birds, fishes …

Saw someone getting bitten by a salmon as he had his fingers in the water … !

There was also an exhibit about the forensic scientist. Had the chance to get inside a Swedish Volvo police car. 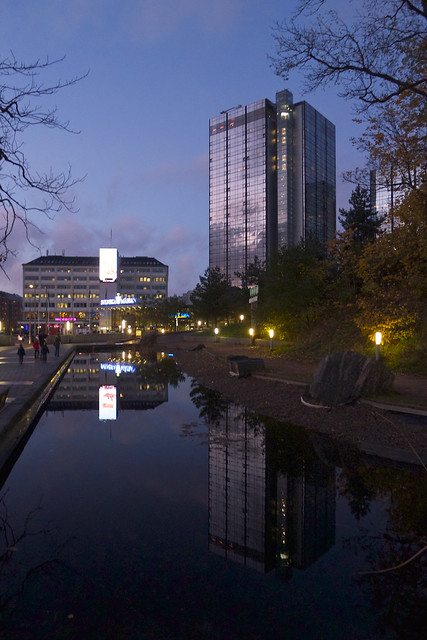 On the way back to the Opera, walked in front something that appeared to be a bar or a club. It was 6pm, nearly dark, and people were already queuing. Quite a long queue for 6pm!

The biggest street of Göteborg is the Kungsportsavenyn, usually called & written Avenyn. Lots of bars there. At the end of the avenue, there is the Göteborg Konstmuseum (Göteborg Museum of Art). 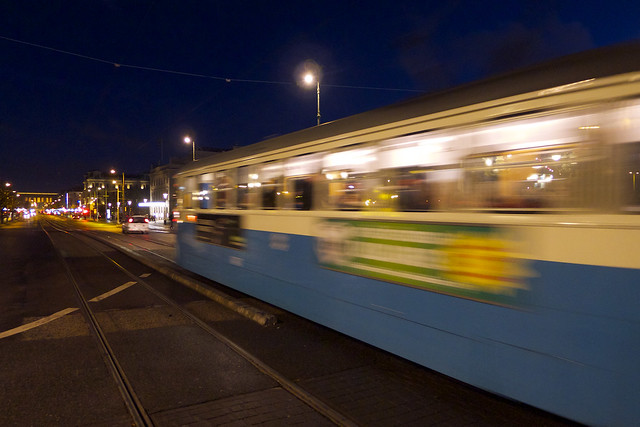 Near the Opera is the Wheel of Göteborg. 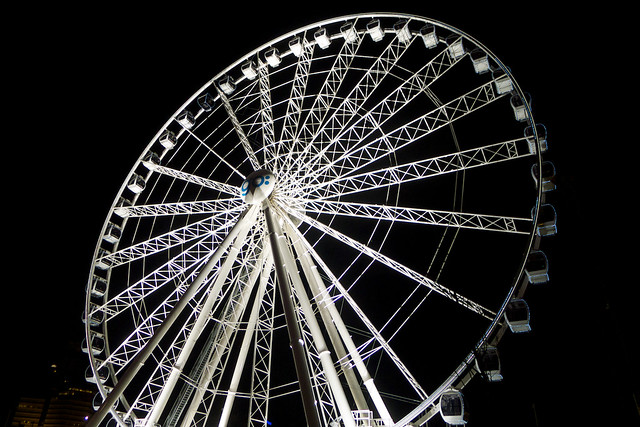