The accommodation is an apartment stuck between two apartments. There is not much light inside at any time of the day. There is no sound from the streets but a lot from the different apartments all around. 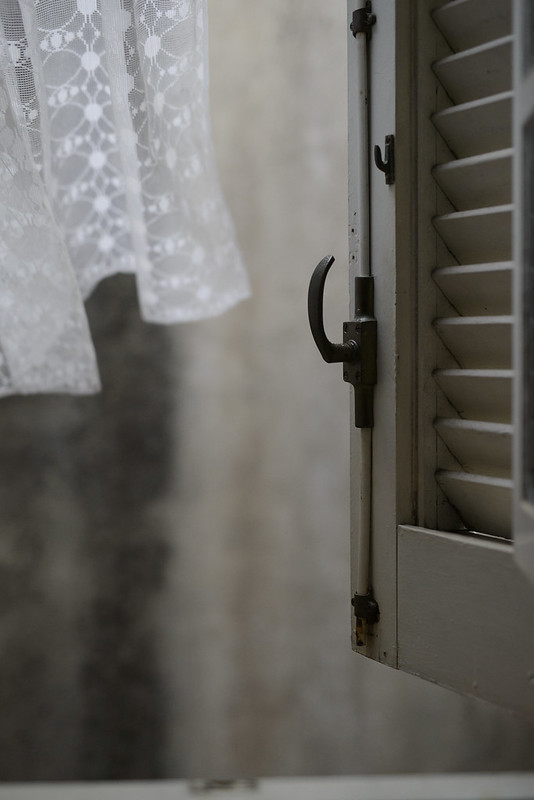 The day starts with a walk on the Malecón, just a couple of blocks down the street. 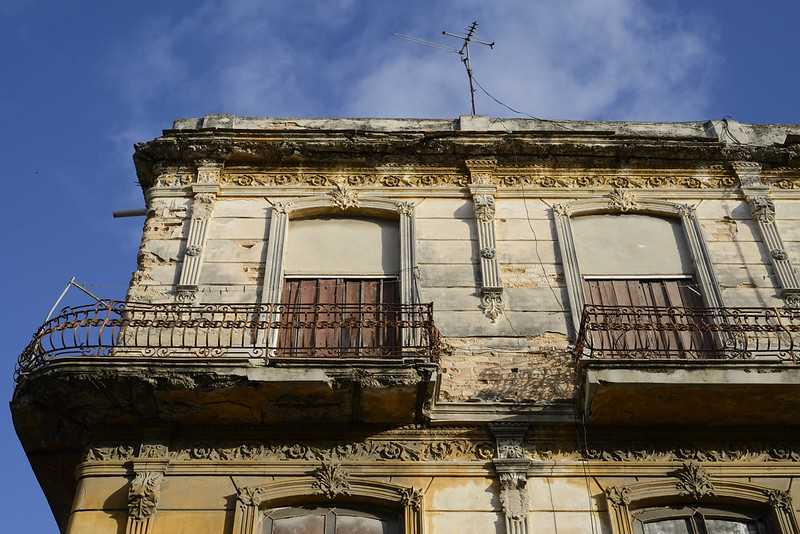 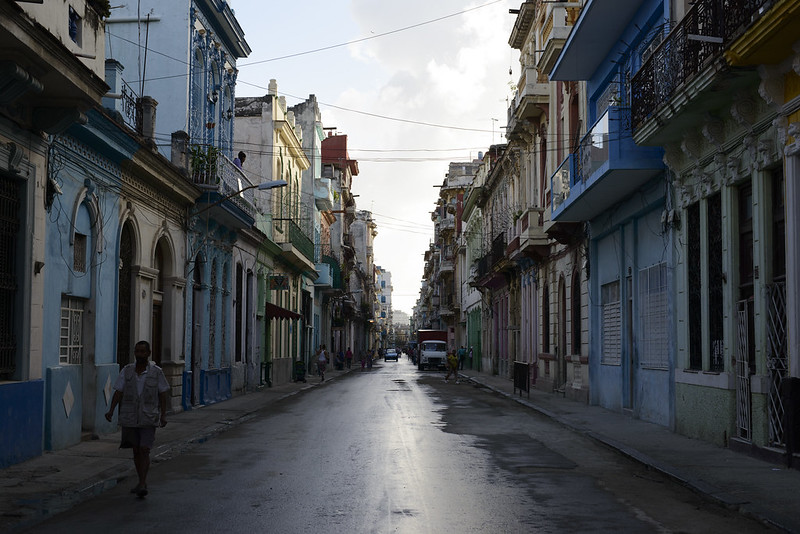 No much wind but the sidewalk is wet because the waves splash from time to time… and I get showered. 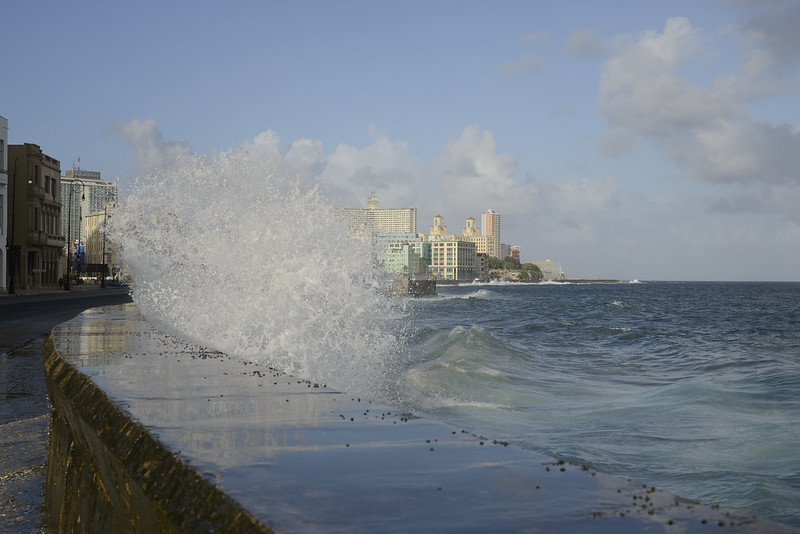 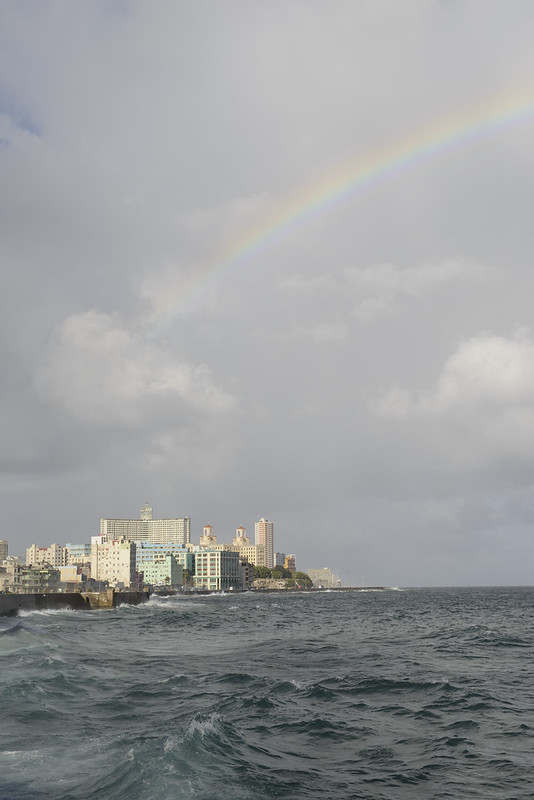 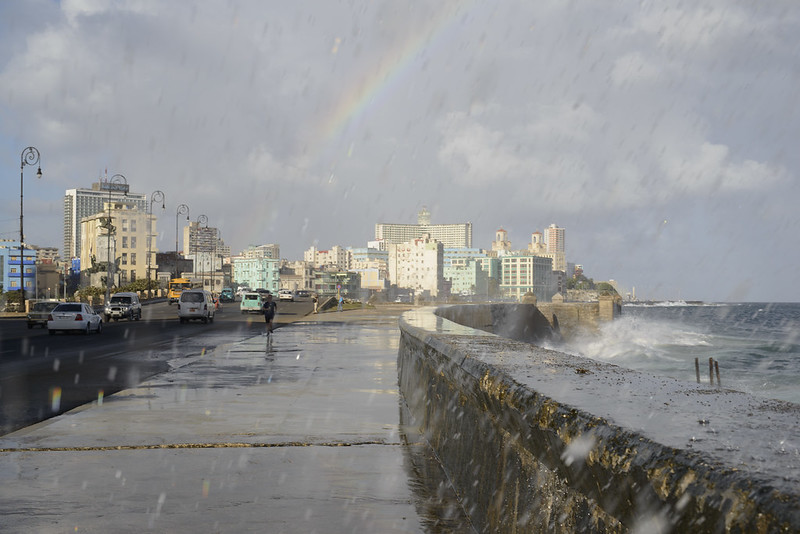 A fisherman comes to me and talks about cigars. Blahblahblah.

Continuing on the Malecón, another fisherman comes and talks about music, etc, writes down places where to listen to live music then asks for milk. Blahblahblah. Talking with Martha later, she says that the government is paying for milk for children until they are 7 years old. 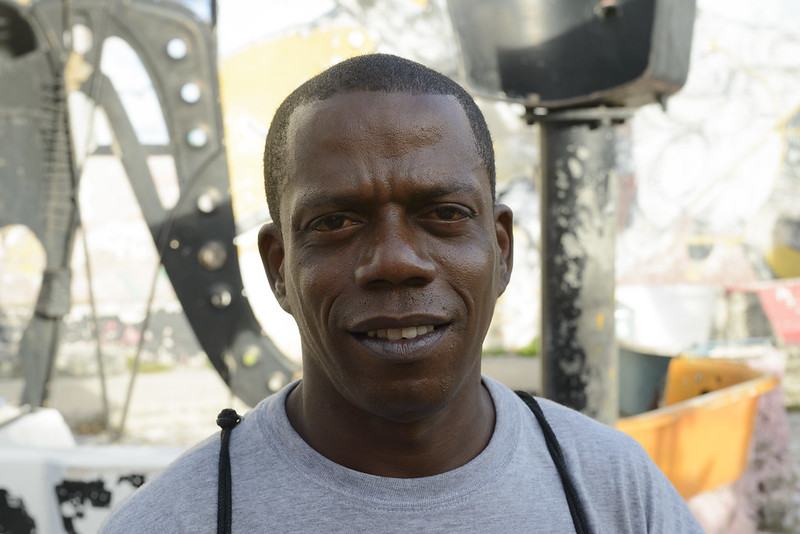 Crossing central Havana, I find a shop that sells rum with a citation from the Pope. The owner declares afterwards that the pope only drinks wine, not rum. Is he? 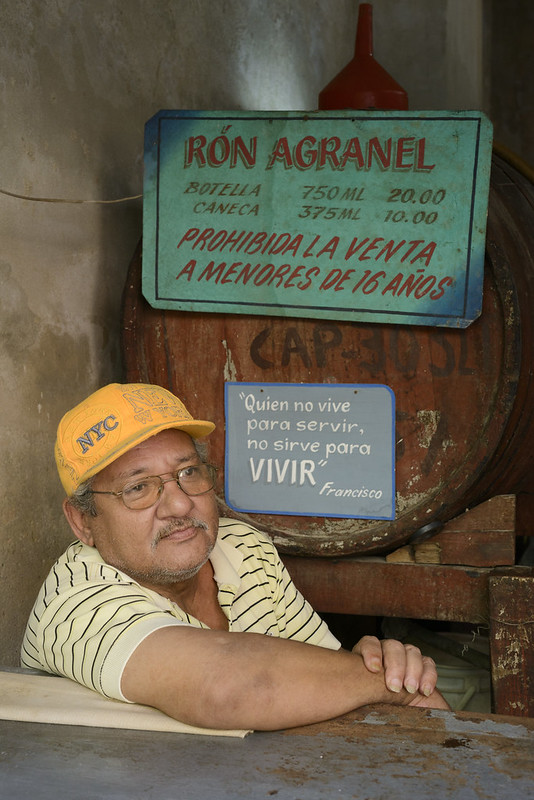 I get the ticket for the transfer to Viñales at an hotel in Parque Central. It costs 14 CUC with Cubanacan, which is an hotel-to-hotel transfer. 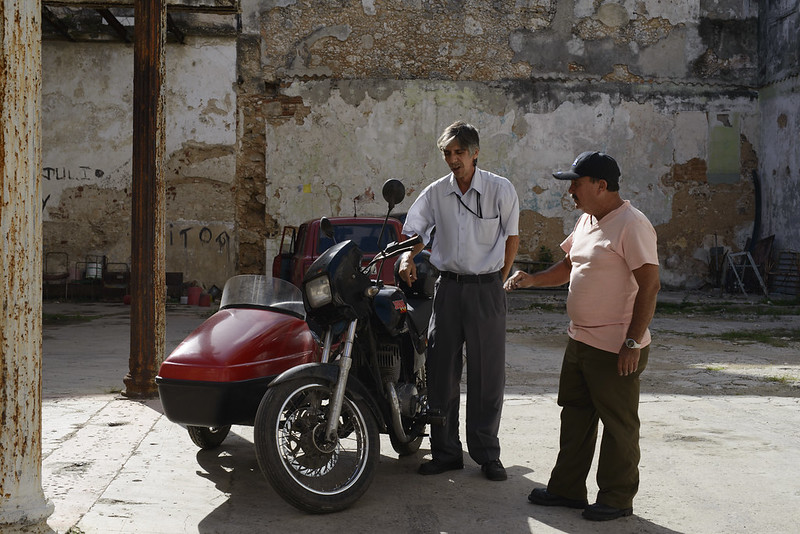 One more person asking for money in a square. Near the citadel, another person comes and says that France and Cuba are friends, but when refusing to give money, it looks like the friendship isn’t so strong. In the old town, someone comes up asking why I'm taking a picture of a graffiti… then asks for milk! 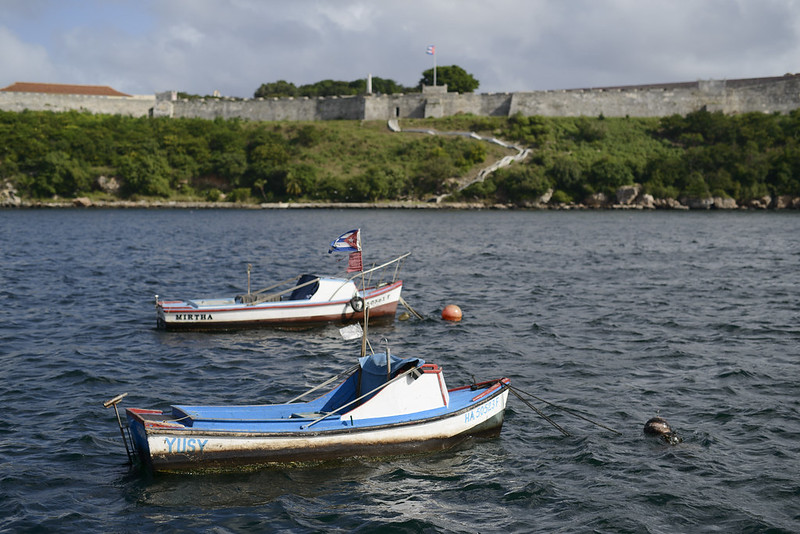 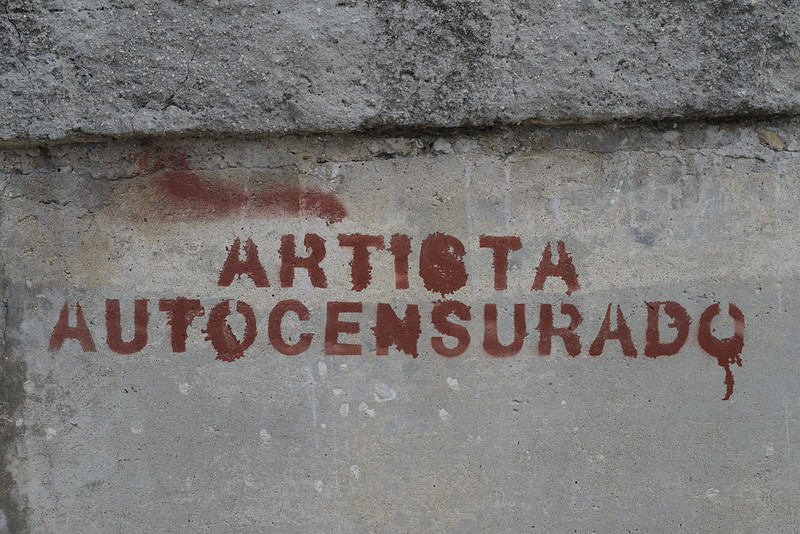 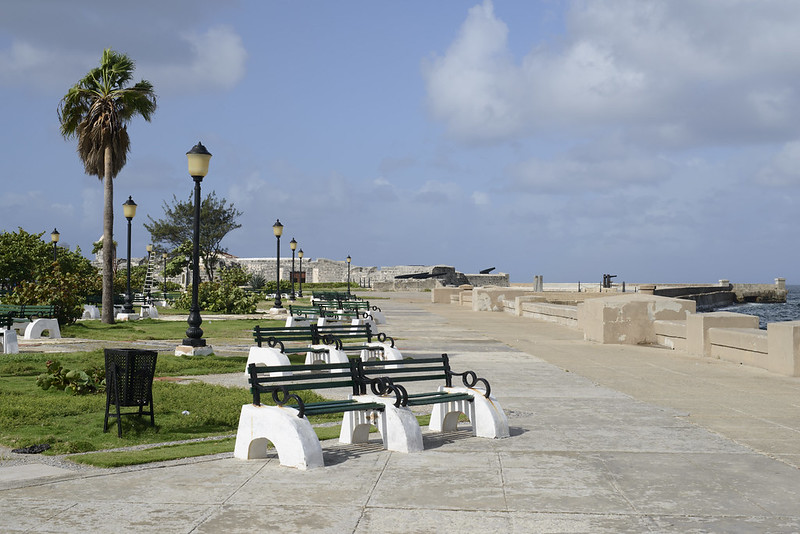 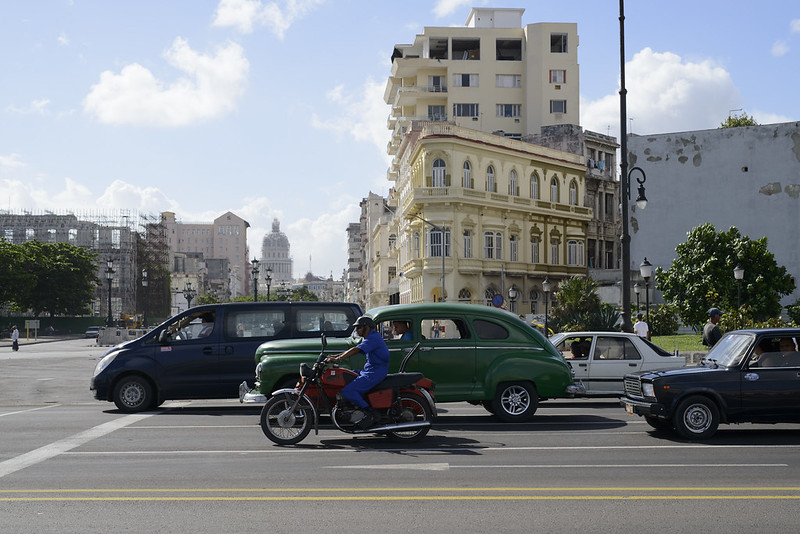 Going to a bar in a street that looks nice but when asking if it's possible to eat, I am redirected to a paladar, which is most likely hold by a family member or a friend. It's much more expensive than what I was expecting but the view on the street & roofs is worthwhile and the first mojito in Cuba makes things nicer. 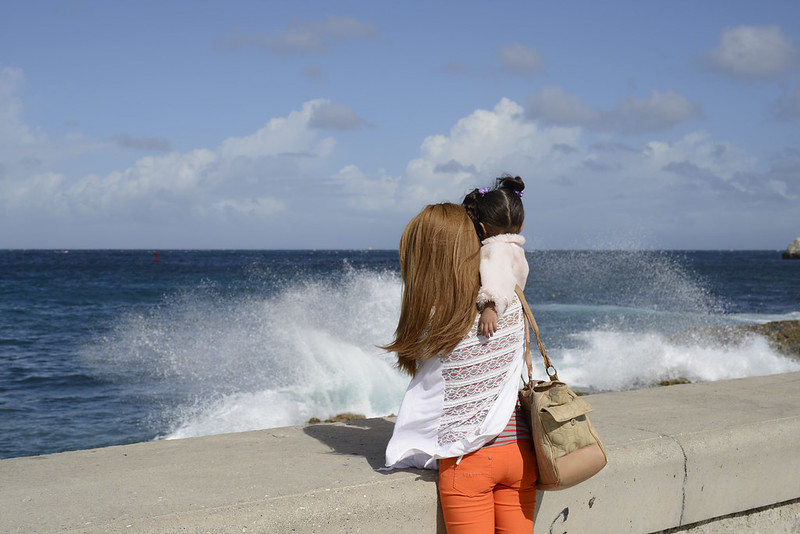 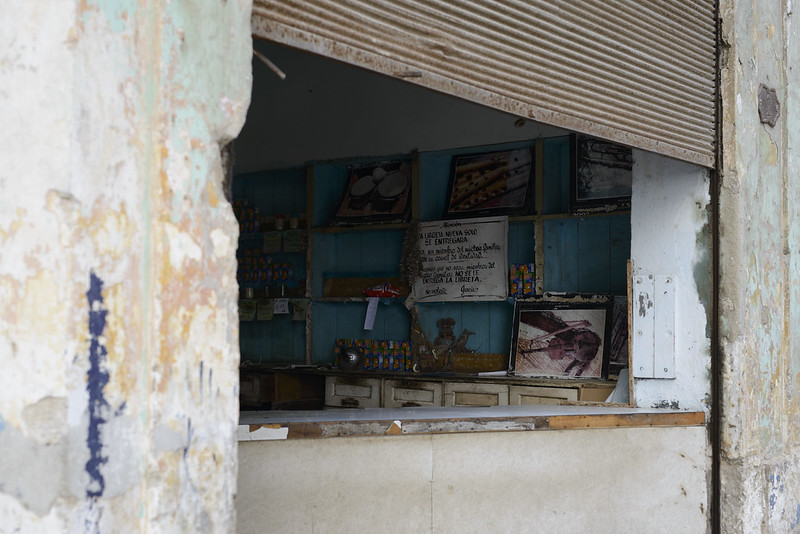 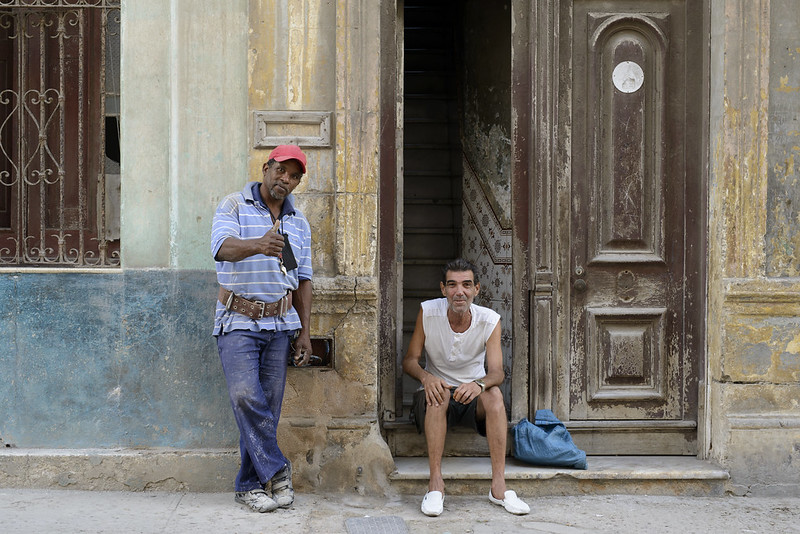 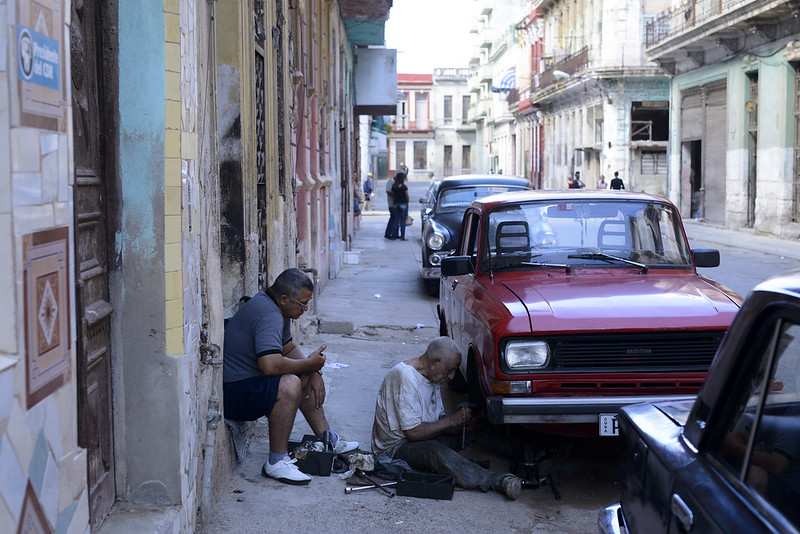 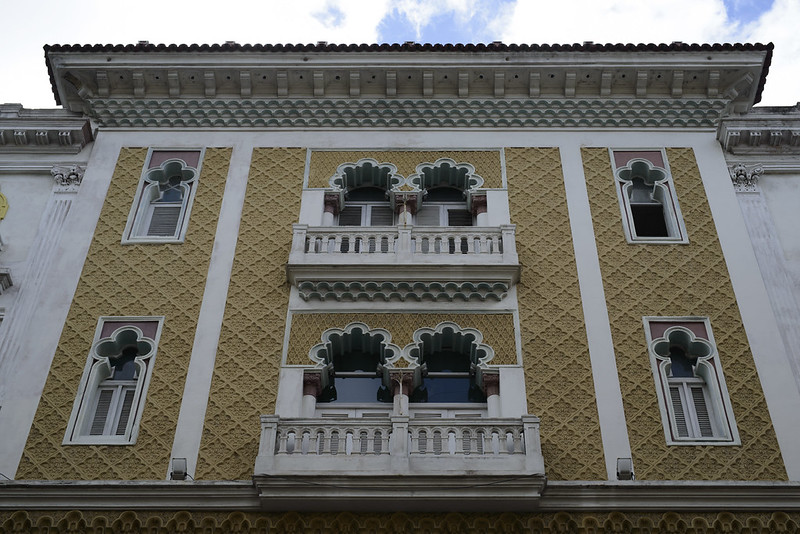 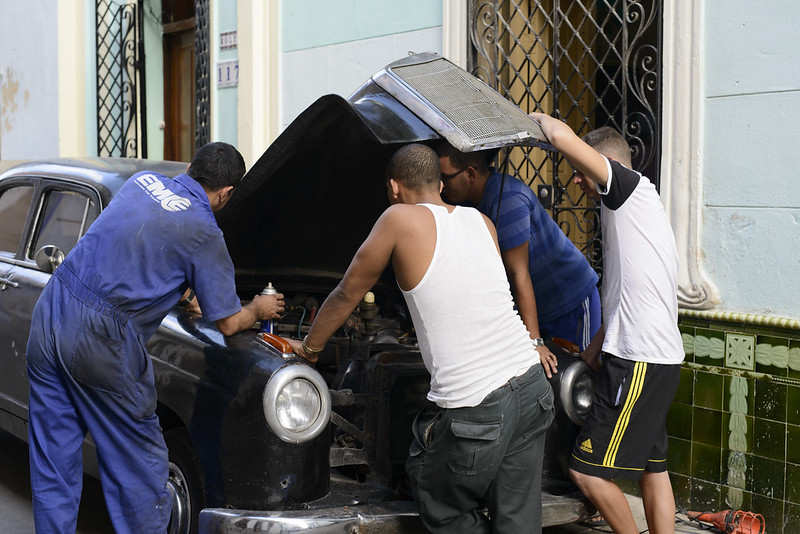 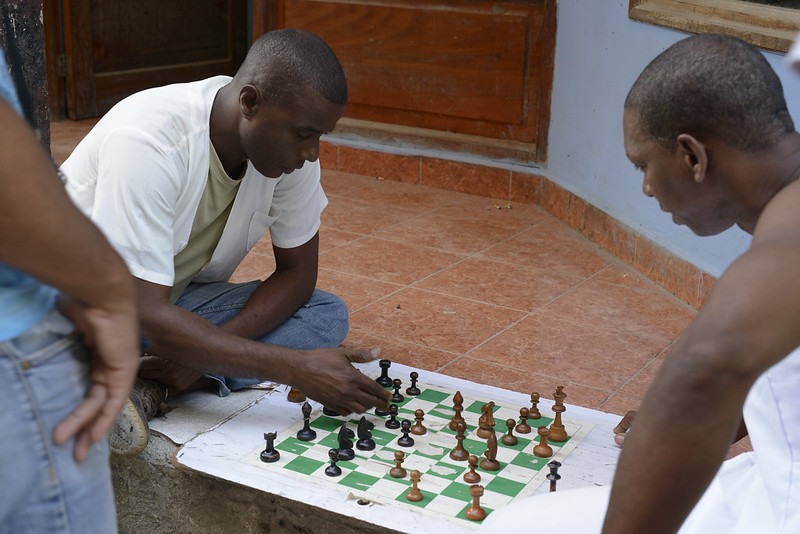 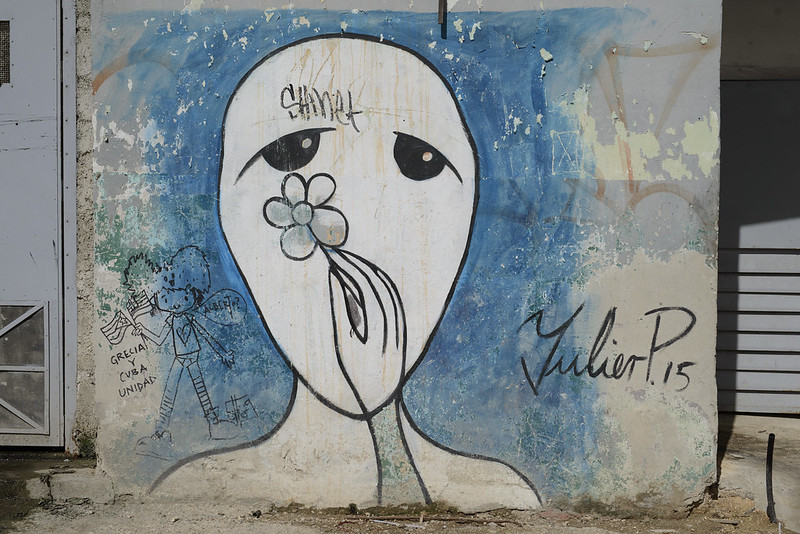 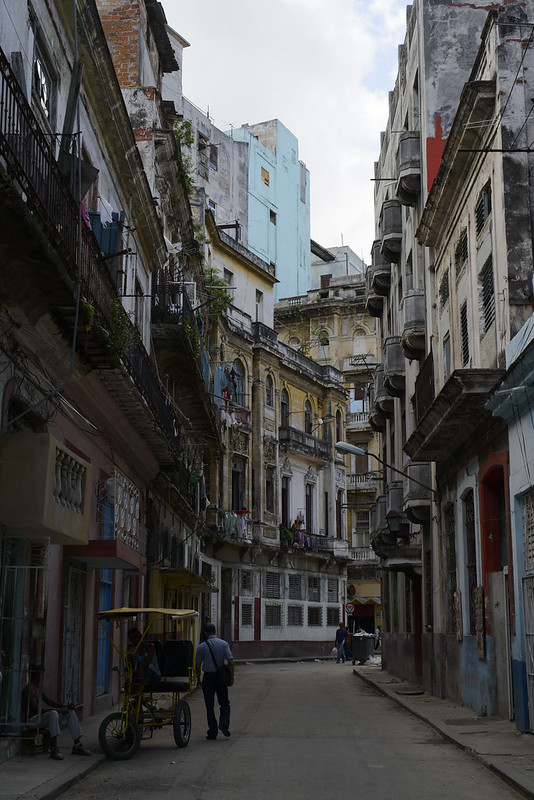 In central Habana, when wanting to take a picture I'm asked why. After talking with the owner - who gets me a free orange - I take the picture. 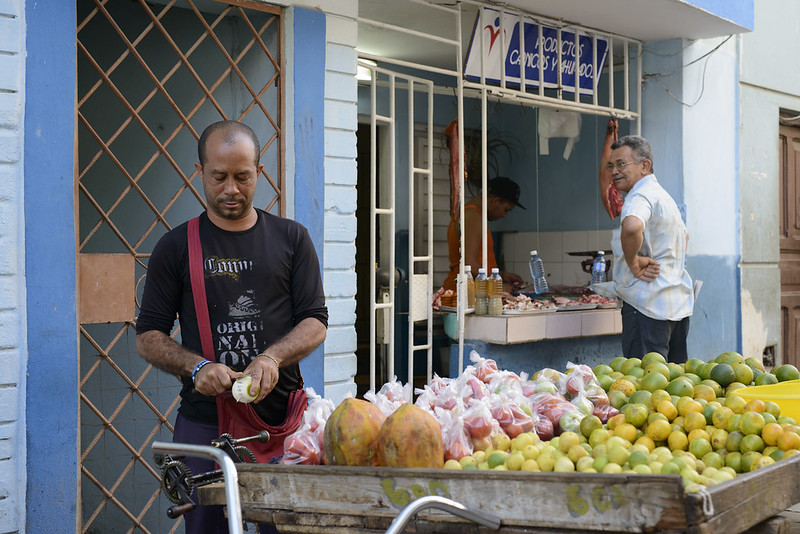 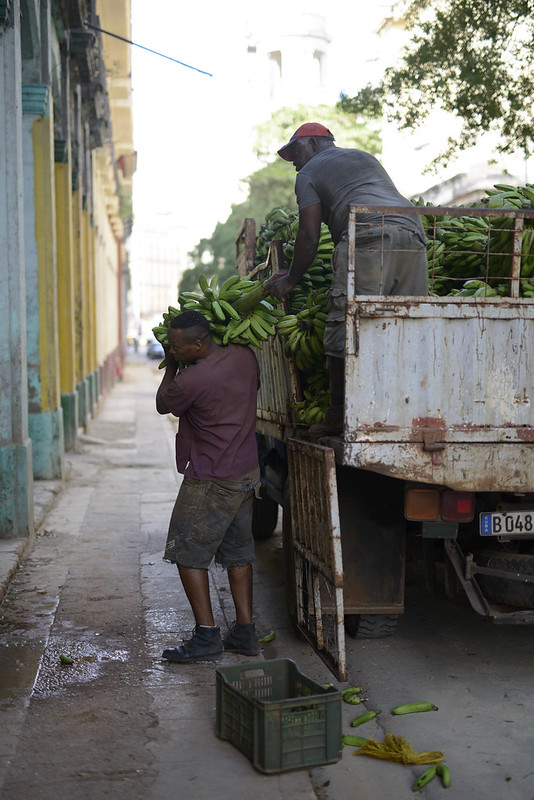 The train station building is being renovated. The station is open though. Lots of people and bicycle-taxis (bicitaxis) as a train has just arrived. 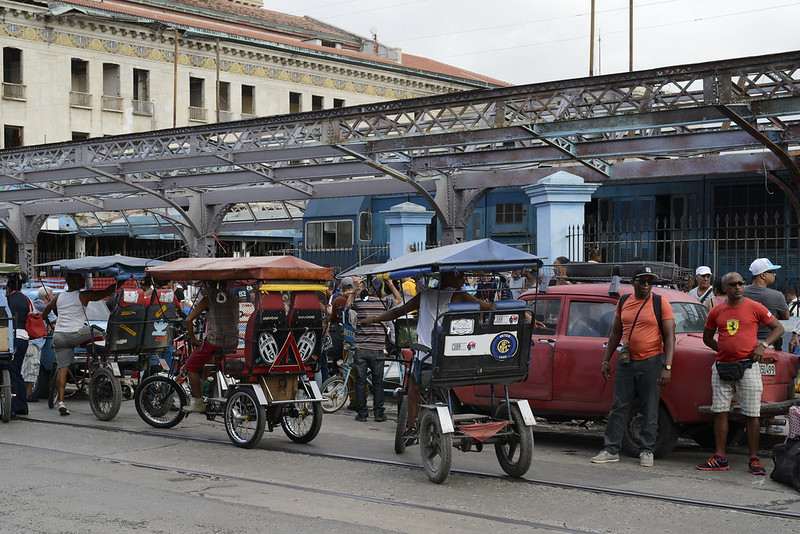 From there, walking along the waterfront, I stop at a bar which has good mojitos and ice creams: the mojito tastes very sour after the ice cream!

Overall, after a day filled with walks and no visits in Havana, the city - from Central Havana to Havana Vieja - almost looks the same everywhere When coming from Central Havana, a large road has to be crossed to enter vieja Havana. While the streets change from perpendicular intersections to a messier layout, buildings look almost the same. Everything is crumbling. Areas are really dense. It is very oppressing. Despite the rant on the milk-people, Cubans are nice. 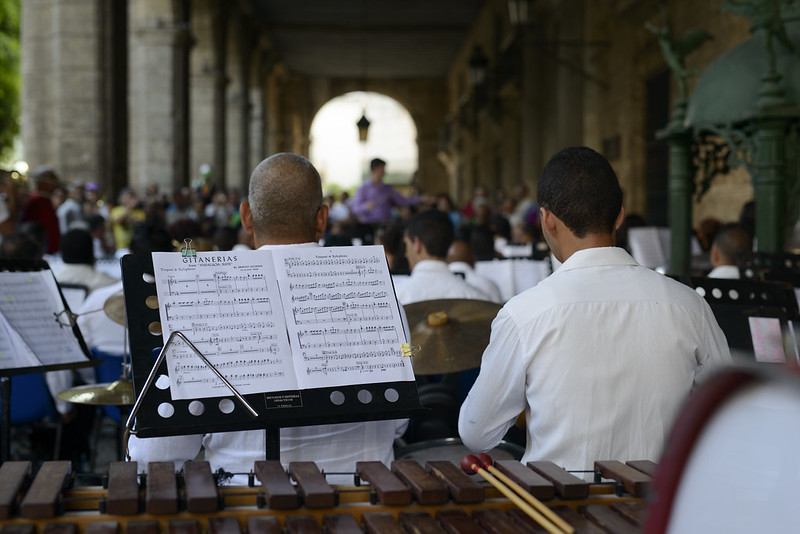 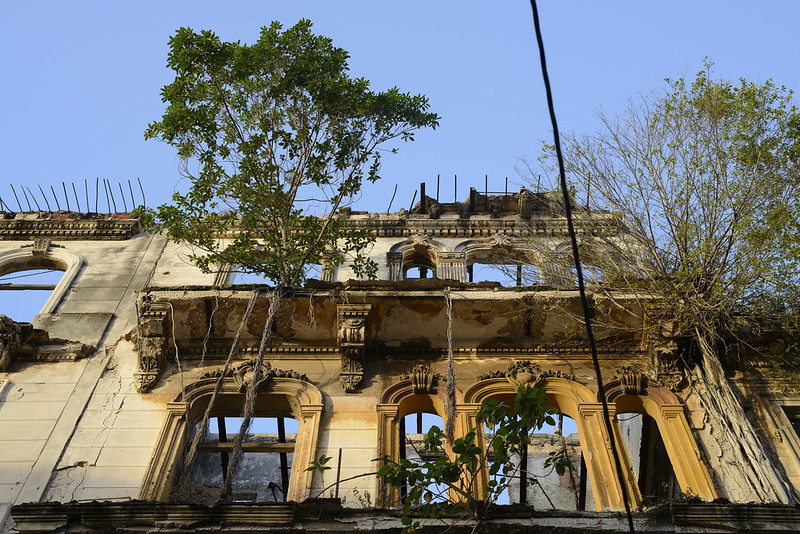 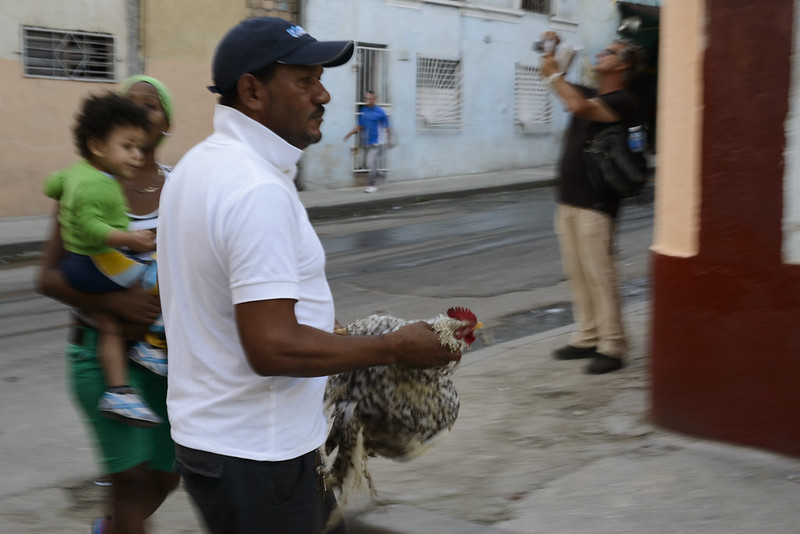 One last shower on the Malecón before going back home right after sunset. 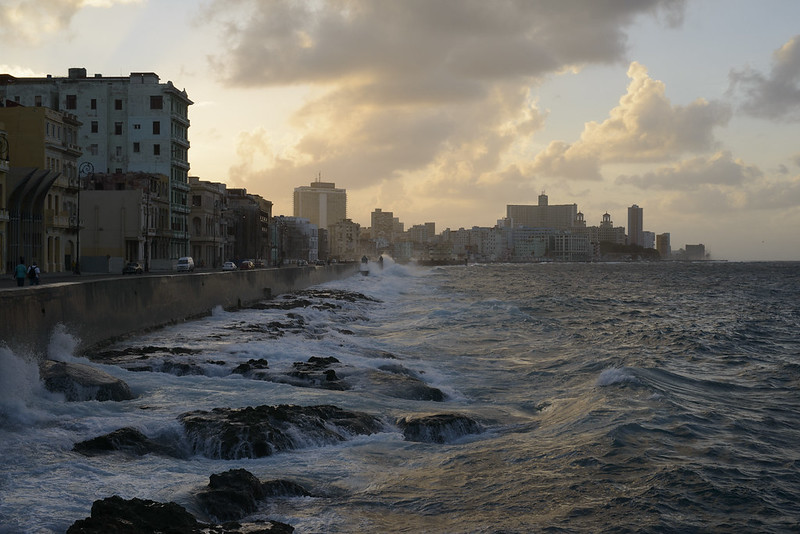