The Skagen & Grenen trip was organized by the Introduction to Scandinavian course.

The first stop was at the Skagen Museum, a rather small museum. Paintings were mostly related to the history of Skagen and more particularly to Denmark and works related to the sea. 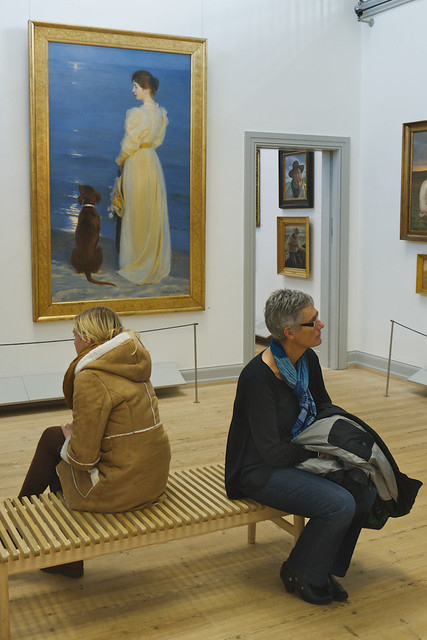 After visiting the museum, we went to the harbour and were given one free hour. It was time to have lunch but also the time to do a very quick visit of Skagen.

A running event was held that day, blocking most of the roads… and making Skagen very friendly to pedestrians. Skagen is well-known for its yellow-wall-and-red-roof houses. 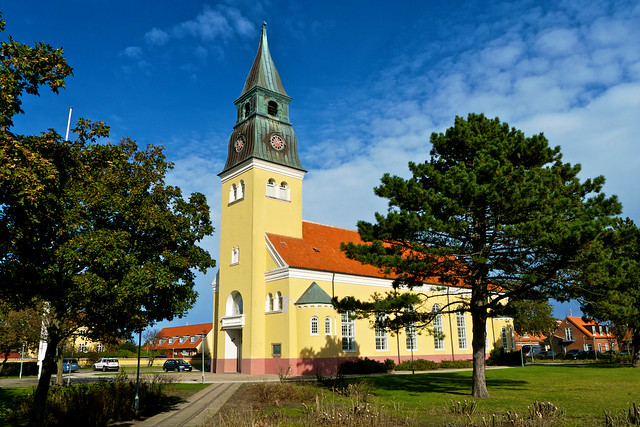 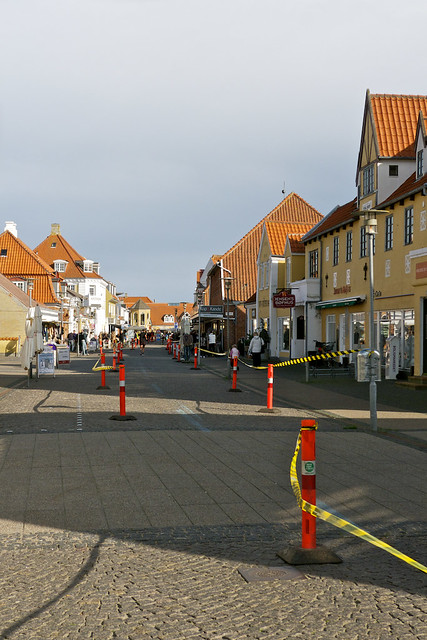 When going back to the harbour, walked in front of a bar where people were drinking beer… and clapping at the contestants coming by. 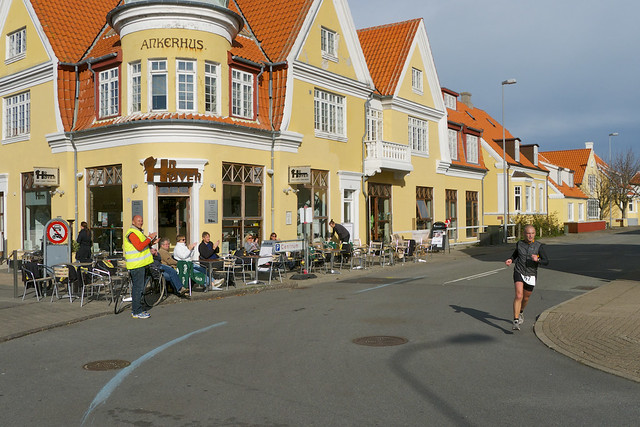 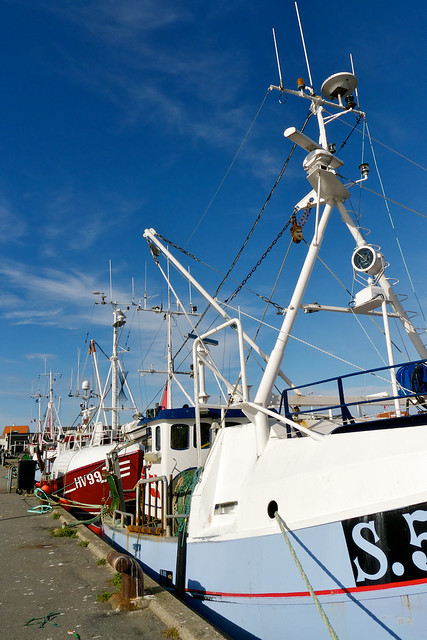 Went back to the bus for a 10 or 20-minute drive to the tip of Denmark. Then, when arrived on the parking (the tip is about 2 km further North) we were told that we had to wait for a carriage wich would drop us at the tip. As the weather was really nice (and warm), I just walked there. From the parking to the tip, it is only dunes and marshes with water on both sides. There are lots of boats on the Kattegat crossing from or to the North sea. 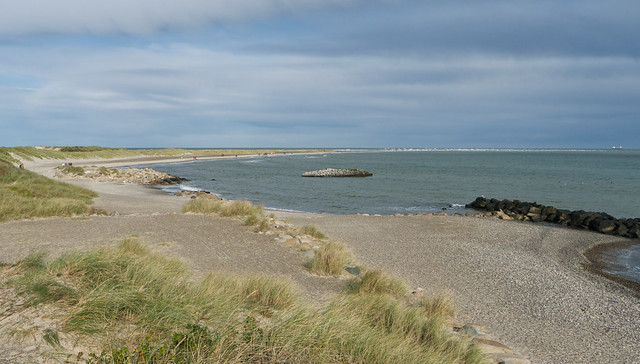 – Looking at the tip

At the tip, there was not that many people (from pictures I have seen, there could be many more people!). Not top much wind so … not too mant waves splashing. But apparently it can be impressive. 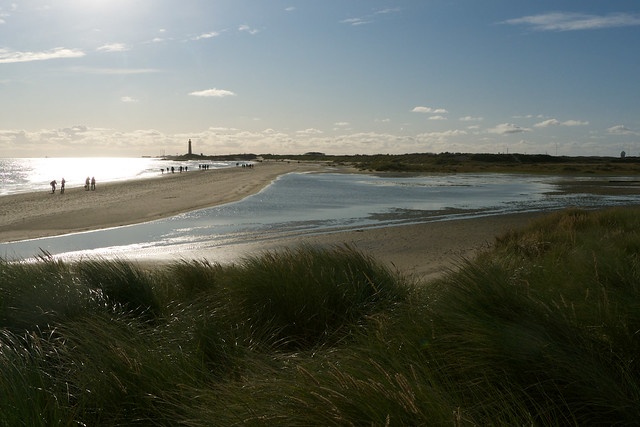 On the next course, the head of the course asked us if we put a foot in each sea. I do not think someone did that this day : water was too cold.